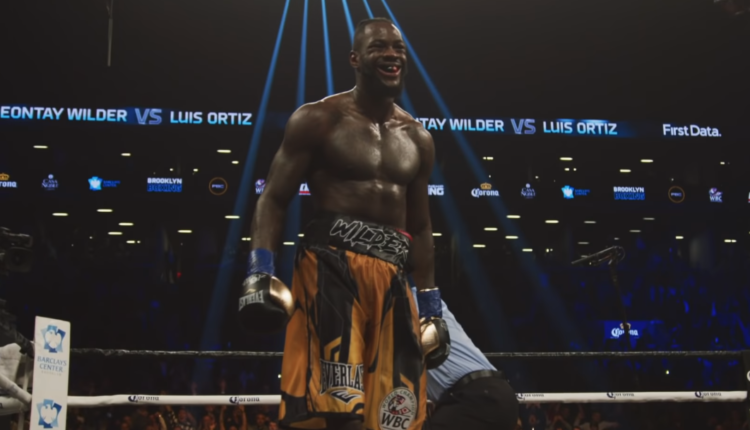 Deontay Wilder made his 2018 insanely harder, first taking on the hard-hitting southpaw Luis Ortiz, and then settling up the year going against Tyson Fury.

While he walked out of the year with the WBC world heavyweight title, Wilder put his body to the test in the process of knocking out Ortiz inside Barclays Center and going to a controversial draw against Fury inside Staples Center.

Now, Wilder runs it back with Ortiz this November in Las Vegas and looks back at one particular moment in their first fight that he considered a turning point.

“In that seventh round, I was never hurt. People misunderstand being buzzed, and being hurt. I was very buzzed, but definitely wasn’t hurt,” Wilder said of Ortiz’s powerful attempt to end the fight. “My inner voice told me, ‘you got it. Keep going. Be sure to see the referee. You gotta keep punching or the ref will stop it.’ I kept coaching myself. If you’re hurt, you can’t do that.”

“Facing him again, it will be a lot easier for me this time because there were a lot of things I did right in that fight. There was a lot of things he was smart about in that fight, especially when he got me. When he caught me, I knew he had me but I wanted to bluff it. That’s why I was pawing, but he knew I was bluffing.”