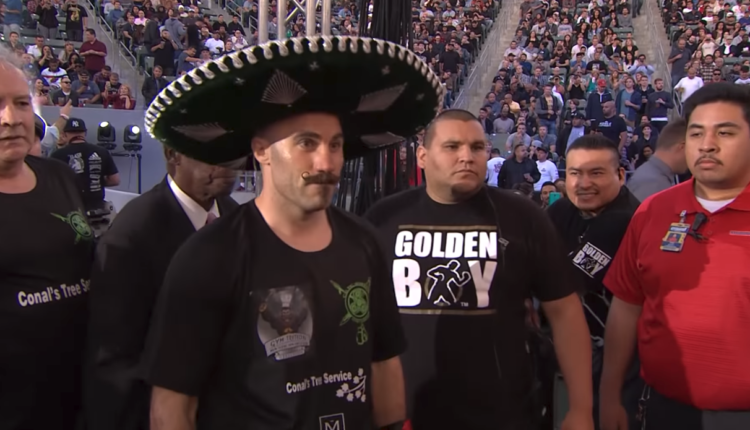 O’Sullivan Says He Gets Canelo-GGG 2 Winner

After being rumored to face Canelo Alvarez in September prior to Alvarez’ suspension, Spike O’Sullivan will now be on the undercard for Alvarez’ highly anticipated rematch against Gennady Golovkin on September 15th in Las Vegas.

Not only will O’Sullivan be in a featured fight on the Canelo-Golovkin rematch, but he claims that he’s got next against who walks out the winner.

“I have a five-fight contract with Golden Boy, with three still remaining,” O’Sullivan told Sky Sports. “They promised me, after my last fight, that I would be on this September undercard before being in line to face the winner.

“I train seven days a week now, all in the gym and I walk around at only a few pounds above my fight weight so I definitely think the best is yet to come for me in my career.”

O’Sullivan confirmed that he was in talks last month to face Daniel Jacobs and Golovkin, but felt they were unable to come to terms.

“The Golovkin fight was close, we were in talks and I wanted it, but it kept dragging on and they were talking to other fighters,” ‘Spike’ continued.

“The offer Golden Boy gave me, which is going exactly to plan, was impossible to turn down. I have a young family and it was a no-brainer, the figures involved are brilliant for me.

“Eddie Hearn offered me the Jacobs fight as well which I accepted and was grateful for, but again I’ve got to think of the business side to things and what’s best for me and my family.

“All my focus now is on September and then getting the winner,” O’Sullivan claimed this week.

“Canelo would, financially, be the bigger fight eventually, but I’ve always wanted to face ‘GGG’. That’s my dream fight, and I believe I can beat him and take his ‘0’.”