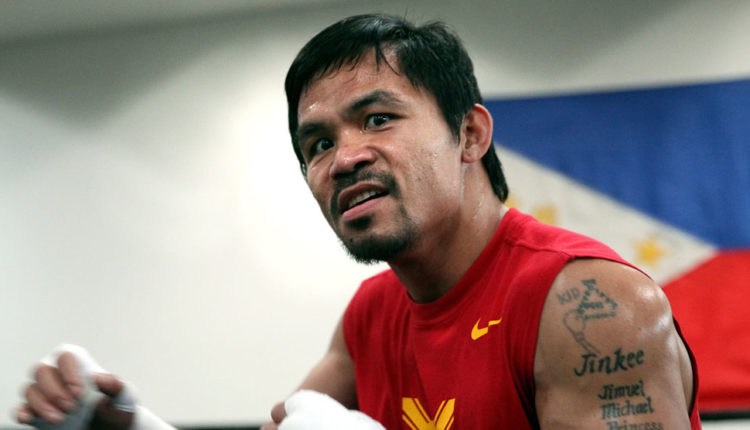 Pacquaio: Matthysse May Be My Last Fight

If Manny Pacquiao loses on July 14th to Lucas Matthysse, it may be the final time we see the Filipino star put on the gloves.

Nearly one year removed from his loss to Jeff Horn, Pacquiao will battle Matthysse for the latter’s WBA welterweight title, and Pacquiao believes this fight is the true test to see if he will be able to remain in boxing.

“I am not saying it will be the last, but it will be the basis for (me) to think about (whether) to continue or not. So I am trying my best and doing our best in the training in this fight to show if I can still do it or not,” Pacquiao told AFP.

“(Matthysse) is a very aggressive fighter. I am not worried about his style. My worry is I need to get 100 percent conditioned — the stamina, the power and the strength to survive the 12 rounds.”

And while Pacquiao is nearly 40, he told reporters this week to expect a similar form to that of a young Manny Pacquiao.

“A young Manny Pacquiao throwing a lot of punches, and more footwork, head movements, side by side [motions] – that’s my goal to achieve for this fight,” he said.

Buakaw Is “Heart And Soul” Of All Star Fight 4

Oleksandr Usyk Considering A Move Back To Cruiserweight

Yordenis Ugas Speaks Of ‘Difficult Months’ After Being Allowed to Resume…

Oleksandr Usyk Considering A Move Back To Cruiserweight