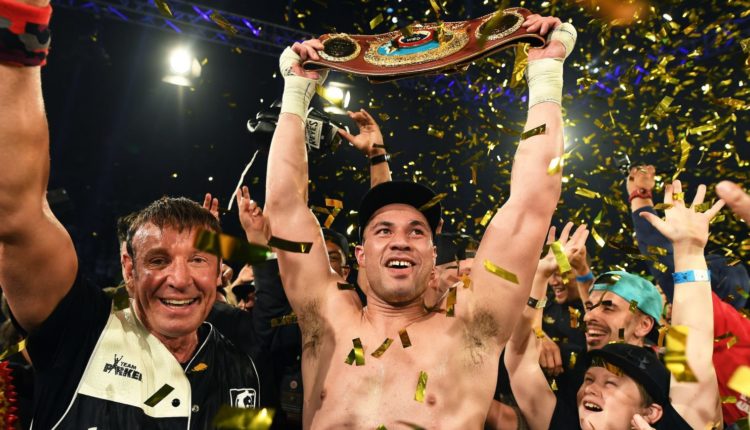 With the fate of the WBO heavyweight championship hanging in the balance, Joseph Parker and his team see an opportunity to gain his title back.

The current champion Anthony Joshua is looking to negotiate with both the WBO and the IBF, who are both looking to enforce their mandatory challengers as his next opponent. With Joshua looking to fight IBF mandatory Kubrat Pulev early this year, he may be forced to vacate the WBO crown.

Parker, who lost the title to Joshua in 2018 is installed as the number-two challenger to Oleksandr Usyk, who was installed as the mandatory following his abdication of the undisputed cruiserweight crown in 2019.

Parker’s manager David Higgins told Sky Sports: “There’s talk that Joshua might have to vacate one of the sanctioning bodies.”

“If he vacates the WBO, then suddenly you’ve got Usyk mandatory and I think the next available ranked boxer is Joseph Parker. You could end up with a situation where you have Usyk fight Parker for the vacant title, which funnily enough is how Joseph became world champion. He fought [Andy] Ruiz for the vacant title. History repeats.”

“We know this, but if you’re the better boxer and you get a world title shot, you have an obligation to take it,” Higgins said of his fighter. “Joseph being old school will not take a backward step, so if that does happen, Joseph will be straight in and he’ll fight Usyk.

“Usyk is a very skilled professional. I respect him and his manager, but it would be a good fight. Hopefully, we might see that this year.”

Parker was initially set to fight Dereck Chisora in 2019, but an ailment due to a spider bite halted that for the former world champion, who eyes a return to the ring in February.

Usyk is also pondering an early 2020 fight as he waits on Joshua and the fate of the WBO title, potentially against Chisora, which Higgins finds laughable.

Hearn Searches For Clarity At Heavyweight