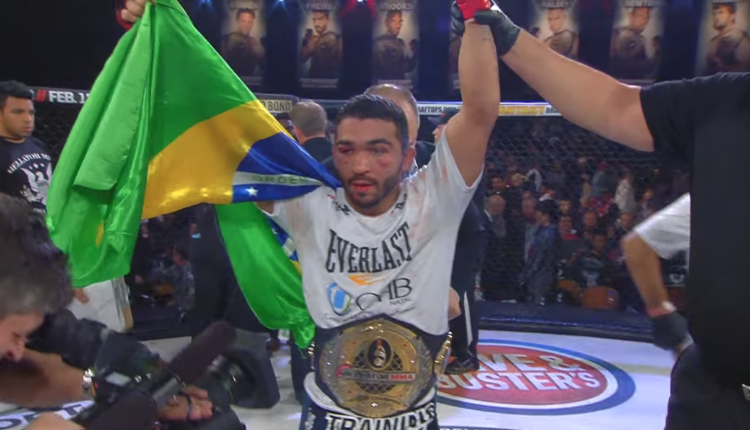 Echoing the sentiments of his brother Patricky, Patricio Freire is pushing for his brother to be added to the Bellator 203 card on July 14th.

“We are gladiators of the third millennium and Rome is the cradle of the gladiators,” Patricio Freire told MMA Fighting on Thursday.

“We’ll make history fighting on the same card and putting on great performances that will make people want to tune in even if on tape delay. The audience knows there aren’t fighters more violent than us, and once they hear they’ll get double the violence they’ll be interested for sure. Not watching this spectacle would be missing history being made.”

Patricio is slated in the main event against Daniel Weichel in a defense of Freire’s featherweight title, while his brother has not fought since February when he knocked out Derek Campos at Bellator 194.

And while he believes his brother should get a shot at the lightweight champion, Brent Primus, he claims any opponent would be good for Patricky.

“Whatever opponent they end up deciding on, I really hope they get Patricky on the card,” Patricio said.

“If he fights for the title or not, both of us together on the same card would still make Bellator Rome a much bigger show and very meaningful to everyone involved. The stakes for us would be much higher as well, so there’re several storylines they could go with. It’d be very easy to promote this card and I trust the fans would show them it was the right choice. In exchange, we’ll be looking to make our most impactful performances and wins in the Bellator cage so far.”

The “Pitbull” brothers have never fought on the same Bellator card, because they are in each other’s corner, literally.

“We always want to be able to support each other when we’re fighting but we can’t really do that when on the same card,” Patricio said. “We fought a couple times on the same card in Brazil, on the one I fought after Patricky I was warming up ringside during his fight.”