Controversy Is Surrounding The ONE 161 Fight 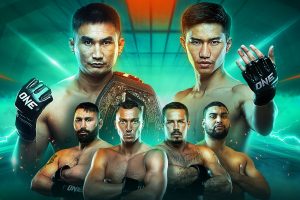 Poster courtesy of ONE Championship.

In the main event at ONE 161 Featherweight Muay Thai World Champion Petchmorakot Petchyindee defended his title against the number one contender Tawanchai PK.Saenchai.

There’s been a lot of debate on the internet whether it was the right decision to award Tawanchai the win and subsequently the world title.

FIGHT SPORTS has managed to get a hold of the three official scorecards from the three judges. Fans can then make up their own mind and see with their own eyes, how the three respective judges scored the fight.

ONE Championship clearly states all of their rules and regulations on their website:

A victory can be attained by:

In the event a bout goes the distance, it will go to a judges’ decision. The three judges will score the bout round-by-round using the “10-Point-Must” system, and victory is awarded by the judges’ majority decision. If the points tally is equal, then the judges shall utilize the ONE Judging Criteria to determine a winner.

Some sources close to the involved parties also claim that Boat from Petchyindee and Chatri, CEO of ONE Championship have had disagreements for a while, and the decision in the title fights seems to have been the straw that broke the camels back.

This could result in Petchyindee not sending fighters to ONE Championship in the future. This could also cause implications for the announced 52 events at Lumpinee Stadium in 2023, but we will have to wait and see about that.