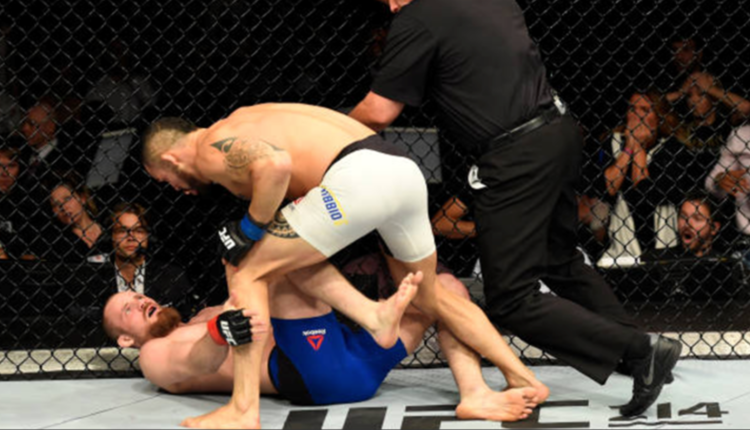 Ponzinibbio pushed the pace from the very start of the fight, connecting early with the renowned grappler before sending him crashing to the mat with a huge straight left, to score the biggest win of his mixed martial arts career and announce his arrival as a legitimate contender in the UFC’s 170-pound welterweight division.

“I am ready for everything and anyone in the world at 170lbs.”

Watch the highlights of Ponzinibbio’s win over Nelson below: