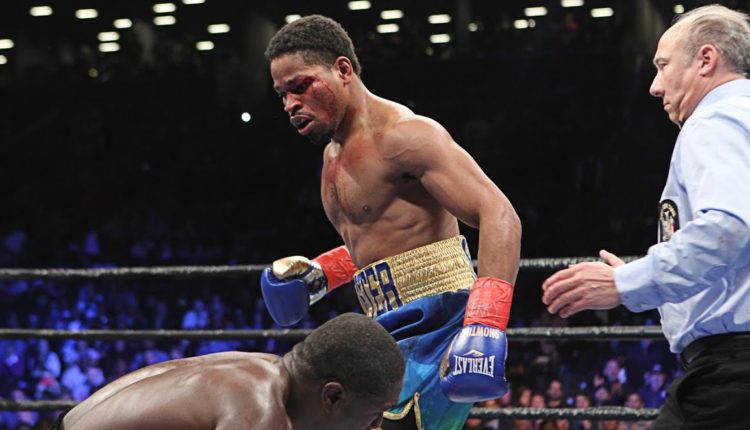 Last September, Shawn Porter and Errol Spence Jr. tore the house down when they faced off inside the Staples Center in Los Angeles. Porter (30-3-1) has expressed interest in a rematch with Spence after losing his WBC Welterweight Title to the IBF Welterweight Champion. There are plenty of those in boxing who would like that, except for Spence it appears.

Now, Porter is keeping his eye on another champion, one who he has been in contact with.

ESPN was the first to report that Porter has been requesting to face Terence Crawford. The WBO Welterweight Champion, Crawford, and Porter have discussed an idea about fighting before. Porter is now making his case for that to become a reality.

“I don’t know if the respective promotional companies want to come back with doing their own thing, but if they happen to talk and want to make a cross-promotion, and if it’s someone like myself and Terence Crawford, I would love to do that,” Porter stated.

Porter was on a four-fight win streak before the Spence loss. During the bout, Spence was dominating the opening rounds. Porter, however, stormed back and managed to make it competitive. In the end, he lost via split decision.

If neither were available, would Crawford go for a bout against his friend in Porter?

Ryder Eyes Jacobs Contender Bout: ‘I Want To Test Myself Against The Best’

Warren On Tyson: ‘He Has No Chance Against Any Heavyweight’