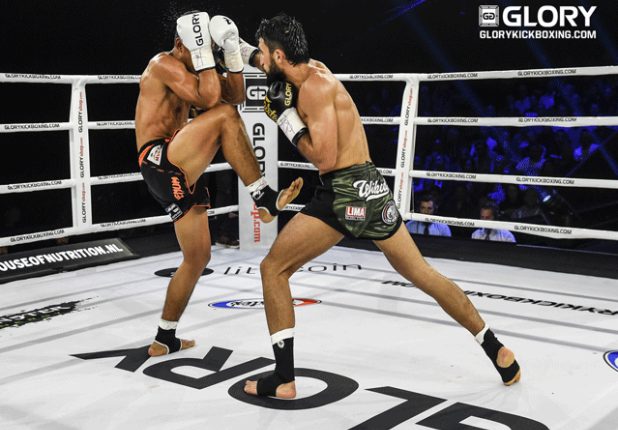 Analyzing the Individual Fighters and Predicting the Outcome of the Fights

The main event of the evening is Semeleer vs. Veseli. FIGHT SPORTS brings you an exclusive interview with Veseli in the near future. 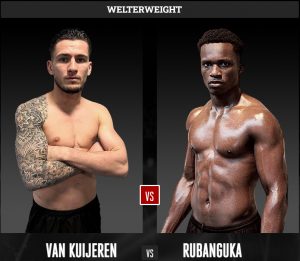 One of the hardest jobs in a fight sport promotion, must be the job of the matchmaker! The matchmaker is the first, the fans turn to for flaming, if a fight seemed mismatched – they’re are constantly in the line of fire.

On paper this fight is extremely well matched: both guys are debuting for Glory Kickboxing at this event, and they have an almost identical fight record.

Van Kuijeren is a mobile fighter with a high guard. He uses his kicks a lot like Muay Thai fighters: to control the distance, and then follows up with fast boxing combinations. He is a power fighter.

Rubanguka is a more static fighter, who likes to engage with his hands first. Typical Dutch Kickboxing style – a little bit more flawed than his opponent.

Having said that, he does have one more knockout on his record than Van Kuijeren, so this could be an interesting match-up.

I’m expecting a high pace fight from the first bell, since both fighters are new to the big stage: they want to make an impression and win in a spectacular style.

I predict a knockout victory for Van Kuijeren in round 2 or 3 due to his more advanced footwork and crisp boxing. 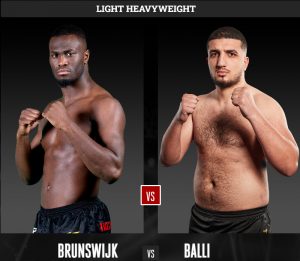 On paper this looks like a right mismatch: Brunswijk has 63 fights, whereas Balli has only 17.

Brunswijk used to have a beautiful Muay Thai stance, with a high, tight guard, but has shifted to a more wide stance with lower hands – a more flashy style.

He is able to control his fights with solid teeps (push / front kicks), and when he is focused he mixes up his kicks with his punches very well. It will be interesting to see which version of Brunswijk shows up on the night.

There’s no doubt that he is an extremely experienced fighter, and it might be enough on this night against an opponent with a lot less experience.

Balli is a bit of a brawler: he comes in swinging, head first. He has great body shots, and descent head movement, but lacks a bit in the balance department: he falls a lot during his fights.

This fight could be the upset of the night: on paper it is clear that Brunswijk is the huge favorite due to his massive experience, great footwork, solid kicks and crisp boxing. But the confidence of a fighter can sometimes be his worst enemy – when facing a less experienced fighter he might not be fully focused and he might think it will be a walk in the park.

But danger lurks around the corner, and this could be Balli’s chance.

Having said that I predict that the Surinamese fighter wins this one fairly easily via knockout in round 1. 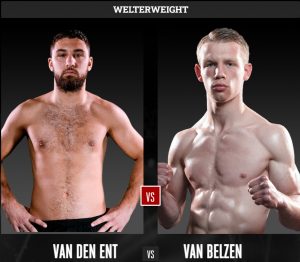 Van den Ent has an upright fighting stance relying on his head movement and fast hands. He’s got a lot of fights in the bag: 44 whereas his opponent only has 10, so this is obviously an advantage….that is if he doesn’t take it easy and thinks this is going to be an easy fight.

Van Belzen relies almost entirely on his boxing. He has descent head movement and great cardio, outworking most of his opponents. But it seems like he lacks a bit of power.

This is going to be a slugfest. Both fighters go at their adversaries with fast paced boxing and the occasional kick – expect fireworks!

Van den Ent has to be the clear favorite: he’s no KO-machine but has a ton of experience, so I’d expect him to win this via unanimous decision. 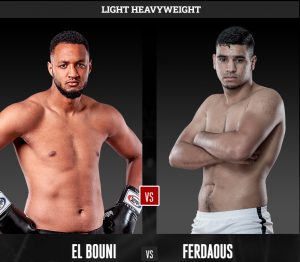 El Bouni has developed a lot over the last few years. Almost all of his wins are by way of knockout, and he even fought for ONE Championship. A martial artist since he was 11 years old, El Bouni is living his dream, and is determined to stay there for some time.

His biggest weapon is his heavy hands, and he will obviously try to finish the fight in a spectacular fashion, in order to impress, and maybe get back into fighting in the biggest league.

Ferdaous has a more wild  style: comes in swinging. He’s not a very technical fighter – more of a brawler but he has a huge heart, and he comes to FIGHT.

This is a really interesting match-up with two very different styles: pretty even when it comes to experience, but one fighter has seen more combat and even fought in Asia on the big league.
I expect this fight to end in a massive knockout courtesy of Mr. El Bouni in round 3.

Fight 5 – main event of the evening 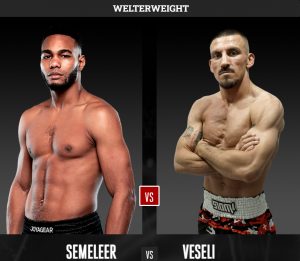 Semeleer is a mobile fighter, switching between south paw and orthodox, combining great cardio with fast feet and hands, but seem to lack a bit in the power department. He is versatile, combines all weapons well and stays active throughout his fights.

Using angles, high tight guard and executing sharp knees to the body is the trademarks of Mr. Veseli. He has a lot of fights in the bag and it shows.

He doesn’t really mess around, throwing attacks just for points – they are released with bad intentions. Sent towards enemy territory to hurt.

His cardio is good and his ability to bounce back from knockdowns  combined with the above mentioned trademarks, makes the Albanian Warrior a threat to anybody standing in front of him.

I expect the former Enfusion Welterweight champion to experience some brutal combat on this night, and he might even leave the ring on a stretcher: KO in round 3 via Albanian über power – possibly a straight knee to the body!