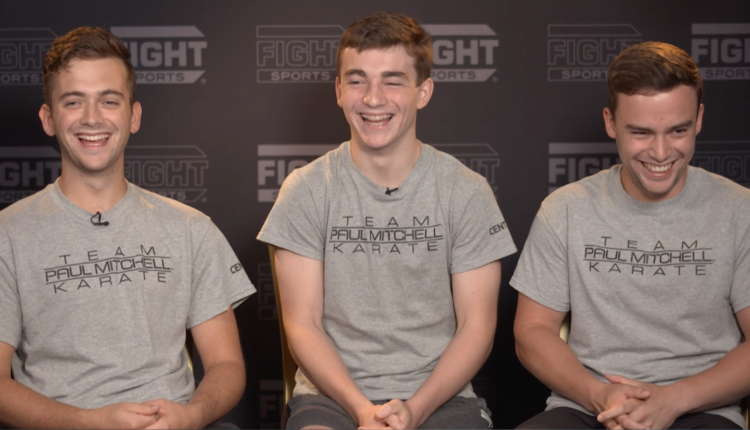 Presley Brothers On Their Bond As Martial Artists

Days away from the 2019 ISKA US Open, FIGHT SPORTS continues to look at some of the familiar faces you’ll see in Orlando on Independence Day week.

For Reid, Cole, and Jake Presley, martial arts is more than their career and passion, but something that unites them as a family.

Reid, the first to study martial arts as a child, told FIGHT SPORTS, that at one of his classes, their father witnessed something that would change their lives forever.

“While my dad was watching one of my classes, he saw a family taking a martial arts class, he knew then he wanted to get the whole family involved in martial arts,” the eldest Presley said prior to the 2018 US Open.

“Since then martial arts has been a huge part of our family’s life.”

Soon after Reid began his journey as a martial artist, middle brother, Cole would join in training.

“I just started a year or two after after (Reid), and then we began training in our basement,” Cole said. “From there it just fell into place.”

From the time Jake Presley was learning to walk, older brothers Cole and Reid were teaching the toddler punches and kicks. Falling in love with the sport and wanting to share something with his brothers, the third Presley brother would begin his training at the age of 5, looking to catch up to his two older brothers.

All three brothers have become world champions and cornerstone viewing for those who take in the US Open every year, but are three unique competitors.

Cole says the differences come in terms of technique and personality, as the youngest, Jake,likes to show off while performing, adding break dancing to some of his tricking combinations, Reid, the strongest of all three brothers, utilizes that power in his routines, and Cole considers himself more of an innovator, especially when it comes to working with weapons.

“Competing against each other has always been something that has pushed us,” the eldest of the three brothers said.

Cole considers it to be a “strange thing” especially because he and Reid are in the same division. “I want him to win,” Cole confides, “at the same time I want to kick him out of that first place spot.”

For the full schedule of events and more information on the event head to the official US Open website and stay with FIGHT SPORTS for full coverage of the 2019 ISKA US Open.

Big Weekend For Boxing and MMA, Two Fighters Are Replaced And Mayweather Searches For…

Beterbiev’s Wish Not Granted; Usman-Edwards Meet For Rematch and Paul Will Make…