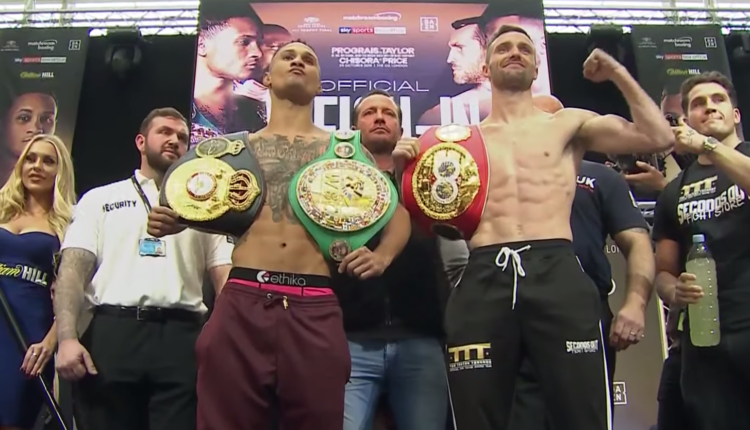 The 2018-19 edition of the super lightweight portion of the World Boxing Super Series concludes today at the O2 in London, as WBA (Super) world champion Regis Prograis and IBF world champion Josh Taylor do battle for their titles and the Muhammad Ali Trophy.

While they’ve reached this point by way of the tournament, bad blood between the two is present, none more clear than in their final press conference earlier this week, when the two traded verbal jabs, as well as at the official weigh-ins.

Each man has a stoppage and a decision win on their path to the finals. Prograis went to a decision with Terry Flanagan last year before stopping Kiryl Relikh in April to claim the WBA title. Taylor, meanwhile, finished Ryan Martin in his opening-round fight before defeating Ivan Baranchyk to win the IBF title in May.

Prograis is 24-0 (20 KOs) and previously held the interim WBC title, claiming it by quickly finishing Julius Indongo in March 2018. At 15-0, Taylor is a former Commonwealth champion and WBC Silver champion.

FIGHT SPORTS brings you live coverage of Prograis vs. Taylor!