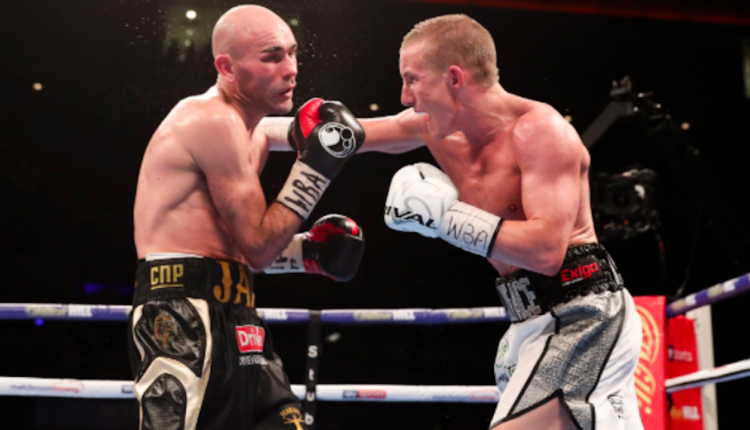 Paul Butler cruised his way to a unanimous decision victory over Stuart Hall in their WBA Bantamweight Title Eliminator bout on Saturday night at the Echo Arena in Liverpool, England.

While round one is usually the feeling out process for boxers, it was clear right from the get-go who was the favorite. Butler was the clear aggressor, out-boxing Hall. Round two was a bit more of a battle, with both men landing their fair share of shots. And while Butler had the combinations in round three, it was Hall who had the speed and ringwork.

But while many will praise Hall’s efforts, this would be about as far as he got. Hall began to look predictable and he was easily read by Butler, who utilized excellent counter-punching throughout the fourth and fifth. As the fight started to get past the halfway point, it was more than clear Butler was in the driver’s seat, and Hall was struggling to land shots.

Tactics seemed to switch around the ninth round, while Butler seemed to have a clear lead, he wanted to get the finish. Hall fought back enough to not be finished, but he was surely still in trouble. Then, in round 10, Butler began to use his jab, back pedal, and move around the ring, seemingly focused on taking as little damage as possible until the final bell.

The counter-punching and movement proved to be too much for Hall, as the judges unanimously gave the bout to Butler by scores of 117-111, 118-110, and 118-110. It looks like Butler will be the next challenger to WBA Bantamweight Champion Jamie McDonnell.