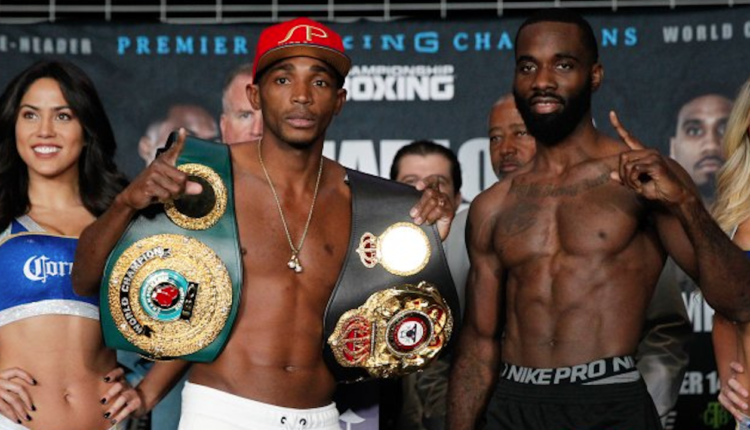 Three 154-pound championships were on the line tonight from the Barclays Center in Brooklyn, New York, and all three champions ended up retaining their titles.

Lara retained his championship in a bout that was less-than-stellar. It was a more technical kind of fight, with both men taking a longer time than normal to feel each other out. Lara was still clearly the more aggressive fighter, with Gausha struggling to land shots. This bout still had key moments, including Lara knocking down Gausha with a right hand in the fourth and Gausha winning the seventh round with a few powerful shots. The judges awarded the bout to Lara with scores of 116-111, 117-110, 117-110.

Jermell Charlo pulled off a shocking and sudden knockout 2:41 into his title defense with Erickson Lubin, retaining the WBC Super Welterweight Championship in the process. Charlo was doing well in the round, though this bout’s opening — and only — round was more quiet than the Hurd vs. Trout first round.

Jarrett Hurd successfully retained the IBF Super Welterweight Championship over Austin Trout after the bout was stopped following the 10th round. Hurd was in trouble of losing his title early on, as Trout had two good opening rounds working the jab and showing off excellent footwork. Hurd had a strong showing to start round three, but Trout continued to showcase jab work. Whenever the bout got into the center of the ring, the challenger dominated. Hurd walked down Trout in the fifth and continued this strategy into the sixth.

The sixth proved to be the turning point of the bout, as Hurd rocked Trout during the round with a left hand. Trout was rocked again in the seventh, and by the eighth round Hurd was unleashing flurries of punches, putting Trout in trouble. The champion seemed to be in control with the challenger tiring out, but Trout managed to survive the 10th without getting knocked down. But upon advice from the doctor, the bout was called off, and Hurd retained his championship.