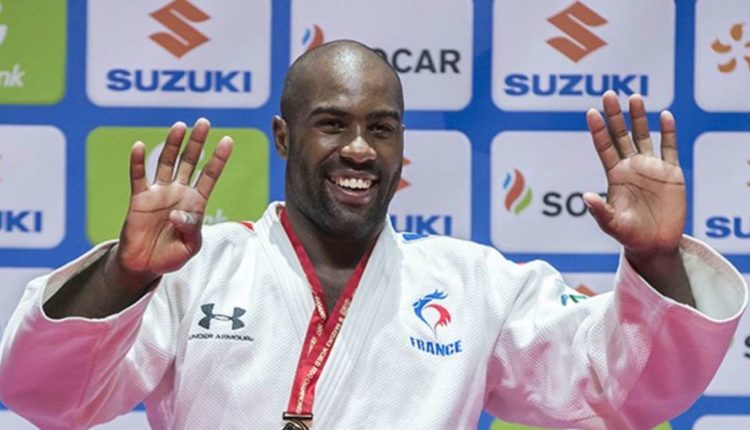 When the coronavirus managed to cause a panic, sports appeared to be the only thing to keep the world preoccupied. Then, a variety of events were cancelled as a result. More recently, the Olympics, set to take place this summer in Japan, was postponed. The Summer Games will now be taking place in 2021.

One athlete who is accepting the idea of the new date for the Olympics is Teddy Riner. The legendary judo champion, who has won gold twice in the Olympics, believes sports should take a backseat to what is happening. He told French entity L’Equipe that the delay gives athletes an opportunity to rest and have the same amount of time to prepare.

“Why would some be angry (that the Olympics were delayed)? People die,” Riner stated, via Judo Inside. “You have to give all athletes a fair chance and at that moment, all athletes were not on equal footing.

“Waiting another year is not the end of the world, we just have to be patient. I can’t see how the qualifications would have been fair if the Games had been delayed to the autumn.”

At 30, Riner is one of the most accomplished athletes that were meant to compete this summer. In total, Riner has 18 gold medals. He earned hardware twice in Tokyo in 2010: gold during the World Championships and silver during the World Openweight Championships. Just recently, Riner ended a run of 152 consecutive victories by losing to Kokoro Kageura at the Paris Grand Slam. That dated back to 2010.

When it comes to preparing for the Olympics, whether this year or next, Riner is always ready for anything.

“Two days before the lockdown I knew it was going to happen so I had (fitness) material delivered,” Riner went on to say. “I set up a room above my office and I work out twice a day – except Saturdays – without taking my foot off the pedal.”

Riner was upset but relieved the loss this past year happened before the Olympics. It gave him a chance to look back and reflect on his career. Next time, Riner’s will have plenty of focus on the task at hand.

“It was a good thing that it happened there and not at the Olympics,” said Riner. “It was a wake-up call. Clearly, I was lacking aggressiveness. I felt my judo was good but you must remember that judo is a fight.”

Dana White Has A Location Set For UFC 249, Secures Private Island For Fights