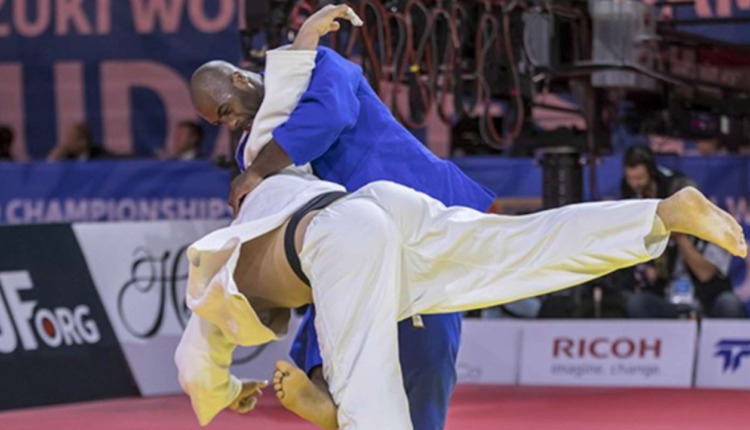 Two-time Olympic Champion Teddy Riner extended his match winning streak to 134 consecutive contests, a feat that dates back to 2010, and won his ninth world championship on day six of the 2017 Suzuki World Judo Championships in Budapest, Hungary.

Riner, of France, earned the championship in the final of the +100kg, or heavyweight, competition, when he faced off with world number one David Moura, of Great Britain. After two minutes with the bout in golden score, Riner threw with a sasae-tsurikomi-ashi to continue his historic run in the sport.

It was not the first time in the competition he was in golden score, however, as Guram Tushishvili of Georgia posed quite the threat to Riner. The Georgian judoka executed a waza-ari, but Riner landed on his front and with one elbow down. Riner then was able to score the victory, but praised Tushishvili’s efforts following the bout.

The other men’s medal on the line was in the -100kg division, and Aaron Wolf of Japan took the gold after a win over Varlam Liparteliani of Georgia, a three time world medalist at -90kg. Wolf caught Liparteliani with an o-uchi-gari in golden score to win the gold.

The heavyweight (+78kg) women were also competing on this day, with Song Yu of China, who won a bronze medal at the 2016 Olympic Games in Rio de Janeiro, retained her world championship with a win over Japan’s Sarah Asahina, the 2014 Junior World Championships winner who entered ranked third in the world. With the bout in golden score, Asahina was penalized for two minutes of passiveness to preserve the title win for Yu.

Woodley Would Move to Middleweight for GSP