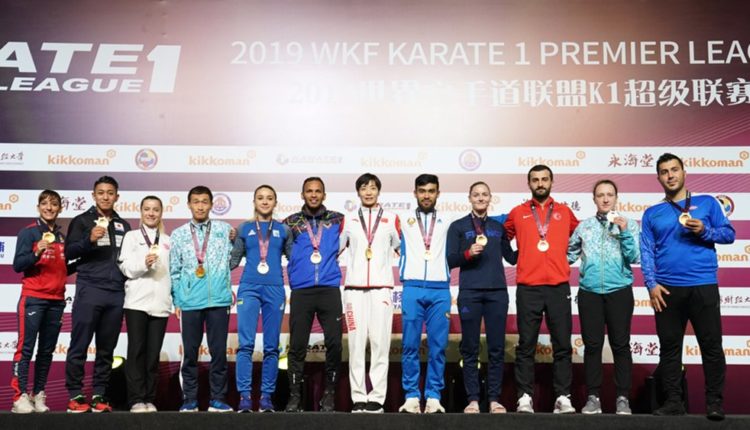 The Karate 1- Premier League made its next stop on Sunday, as some of the sport’s greatest athletes descended upon Shanghai.

In the finals of the female Kata, Spain’s Sandra Sanchez would get past Japan’s Kiyou Shimizu with an excellent “Chatanyara Kushanku” Kata,

Sanchez narrowly edged Shimizu with a score of 26.74 for 26.54 of the Japanese Kata ace.

“When I step into the tatami, it is like if I go into a different world. I receive an energy that helps me overcome all the difficulties. I am very happy because this victory puts Kiyou Shimizu and me with two gold medals each in Karate 1-Premier League. This is very important because it leaves the race for the Grand Winner very open for the two of us,” said Sanchez.

It was the sixth time that the two front-runners met in the final of a major event this year, with the Spanish World champion taking four golds and Shimizu winning two gold medals.

Loeffler: Only Canelo Can Stand In The Way Of GGG Trilogy

Athletes Making It Big In Taekwondo, Judo and Karate at Tokyo Olympics

Update On The World Karate Championships In Dubai