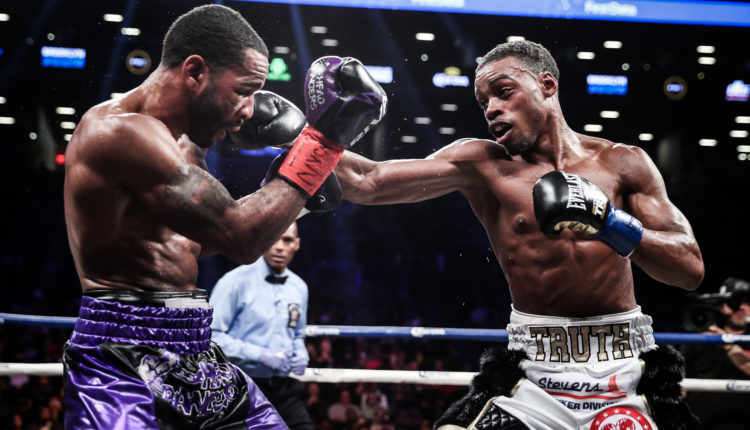 Spence: If You Saw Any Flaws, Call Al Haymon

Saturday’s victory at Barclays Center in Brooklyn was officially scored as one second into the eighth round after Peterson’s corner failed to send the former champ out for the eight round.

Spence knocked down Peterson during an action-filled fifth round and controlled the pace throughout the fight.

Following the fight, Spence explained that his strategy from the start was to target the body of Peterson, break him down and then come in with the heavy shots in the second half.

“It’s more about I took the shot and it didn’t hurt, and I just smile, because I know my opponent is in trouble if I take a shot and it doesn’t hurt,” said Spence to BoxingScene.com.

”You’re going to get hit. If anybody thinks they see flaws in my game and they think they can capitalize on it, call Al. I love great performances, and I believe to get the ultimate win, it’s to get a knockout. So that’s what I want, and it looks good on your record too. 23-0 with 20 knockouts.”