The Rejuvenated Rajadamnern Stadium in Bangkok has Buakaw on the Fight Card September 3rd 2022.

Fresh off another dominant win against Kota at the Rajadamnern World Series on August 19th, Buakaw climbs the ropes on September 3rd again at the infamous Rajadamnern Stadium ….. again, but at the same time  “for the first time”!

For the first time because it is the debut as a bare knuckle fighter for Buakaw.  The promoters are pushing this event with massive marketing happenings, making sure they cash in on having the most famous Muay Thai fighter ever (and probably the most expensive!) fighting on their show. 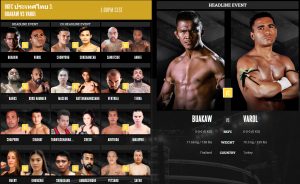 FIGHT SPORTS  will bring you the results of the BKFC Thailand 3 event, and will have post show reports in the next coming days. 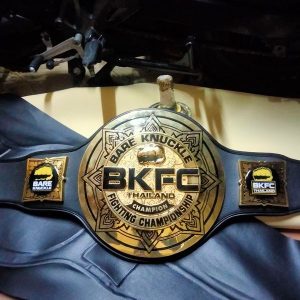 All pictures and graphics courtesy of BKFC unless otherwise stated.

Anissa Meksen Returns To The States

The Viking Invasion of England