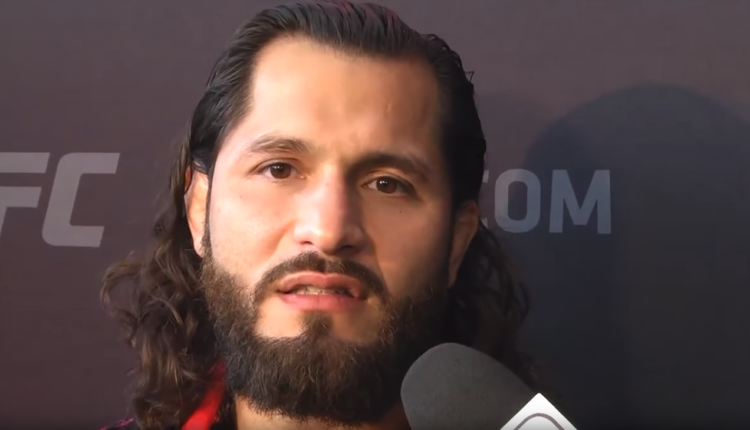 After making history with the fastest KO in UFC history, Jorge Masvidal is hoping to get a shot at the UFC welterweight title.

That won’t be happening for a while, as welterweight champ Kamaru Usman, is still recovering from a double hernia surgery.

“Definitely the title, definitely Kamaru Usman interests me. He’s got the title and that’s what I want but he’s always having injuries and things are happening,” Masvidal said as a guest on The Dan LeBatard Show  on Thursday. “Another guy that interests me because it’s just a fight that if we made it, it’s going to sell a lot and I’m going to get the money that I deserve and you can see you put me in there in a fight and I’m going to fight. I’m going to give you what the fans. I’ve never pulled out of a fight.

“I want [Conor] McGregor. I want to break his face. I think that’s an easy paycheck. He’s got these cash symbols written all over his face for me. I just don’t see it going his way if I’m honest with you.”

It was a scary scene on Friday morning, as UFC bantamweight competitor Aspen Ladd nearly collapsed during the official weigh-ins for UFC Fight Night 155.

Ladd, who is set to face former UFC featherweight champion Germaine de Randamie, was visibly shaking as she went to the scale, needing the use of a curtained off hoop due to weighing in naked.

The undefeated fighter would make the bantamweight limit for her July 13th fight, which could lead to a title shot against bantamweight and featherweight champion Amanda Nunes.

Ladd would need help walking out of the hotel ballroom where the UFC held the official weigh-ins, trembling for the entire time and having difficulty putting her clothes back on.

A cornerstone of ONE Championship’s international development, Angela Lee would suffer her second straight loss on Friday, when ONE Championship presented Enter The Dragon in Kuala Lumpur.

The loss marks Lee’s second loss not only in a row, but as a professional fighter, losing the ONE strawweight title in March to Xiong Jingnan in Tokyo.

Unlike her first loss, Lee would go the distance against Michelle Nicolini on Friday night, with her opponent dictating the pace for all three rounds,

Lee would attempt a last ditch effort at a submission victory, but Nicolini would hold on to gain the unanimous decision win.

4. Canelo May Lose Kovalev For September

After being mentioned and negotiating to be Canelo Alvarez’ September 14th opponent, light heavyweight champion Sergey Kovalev may finally have locked in a defense against Anthony Yarde on August 24th.

Kovalev, who per Boxing Scene is still negotiating with Alvarez for September 14th, has a fight in place with his mandatory challenger for August 24th at the Traktor Sports Palace in Kovalev’s hometown of Chelyabinsk, Russia,

Alvarez nearly was out of the running much earlier than Friday, as Kovalev’s team at Main Events would reject an intial offer that was less than what Daniel Jacobs made to fight Alvarez in May, and would yield Kovalev less month than he would have earned to fight Yarde, due to a heft step-aside fee that would need to be paid.


Freddie Roach has only correctly predicted a Manny Pacquiao knockout once in his career, and that day came when he wasn’t in the Filipino’s senator’s corner, when Pacquiao dropped Lucas Matthysse in 2018.

Now, Roach is less willing to claim the 40-year-old challenger to Keith Thurman’s WBA “Super” welterweight title will send Thurman to the canvas, but both fighter and trainer believe there is a scenario where Thurman gets dropped.

“Someone asked if we were looking for the knockout. We never look for a knockout,” Roach told reporters this week

. “But if it comes… Manny is in great shape right now and if Thurman wants to trade with us, he will get knocked out.”

“If he has a desire to trade punches with me, the knockout will come,” Pacquiao agreed. “I’m not making a prediction like that in the fight. But if he plans to bring that style to me, then of course I will look to knock him out.”