Anthony Joshua wanted a sit down with Deontay Wilder, so the two heavyweight champions could finalize a unification fight.

Deontay Wilder on the other hand believes Joshua is posturing, as he offered to broker a deal just between them via Facetime, but Joshua wanted a third party.

“What have they done so far to be believable?” Wilder said to The Los Angeles Times.

“I’ve tried to do it privately with some mutual friends. [Joshua] did not want to do it without someone there with him on FaceTime conversation. Why would you want to do that? It’s me and you. Are you scared of me or something? This whole thing of, ‘We’ve got to sit down ….’ They’re just saying something, man, because at the end of the day. I do not have a boss. Joshua has a boss, [Hearn’s] Matchroom Boxing.”

“You know when it’s real and you know when someone’s just talking,” Wilder continued. “We’ve spoke before for four months. I’ve been in there with them. You do not think you know a person when they’re lying or not? Without [Matchroom], this fight would be done a long time ago. He can say all he wants. They still have a say-so on him. So why sit and talk with him? He’s not on my level. I’m not chasing nobody no more. The shoe’s on the other foot. I know the fight’s going to happen eventually, but it’s good to see them begging.”

If Canelo Alvarez and Gennady Golovkin make a trilogy of their rivalry this fall, Callum Smith is looking to invite the winner to his hometown for a massive showdown at Anfield.

Smith, who last fought in Liverpool in September 2017, is hoping to face either Alvarez or Golovkin at the home of Liverpool FC sometime in 2020, on a card promoted by Eddie Hearn.

Smith first will take on former world champion Hassan N’Dam this Saturday inside Madison Square Garden, and possibly compete on the Canelo-GGG III undercard in September.

“I’ve had a good camp. I’m looking forward to walking to the ring as a World Champion for the first time in my career,” said Smith of his fight on the Joshua-Ruiz undercard.

“I worked so hard to get where I am. Now the task is to keep hold of my titles and target those big fights. To have my first defense at Madison Square Garden is going to be special. It’s another box ticked for me personally.

Heading into their welterweight title showdown on July 20th, Keith Thurman is certain that he will be the man to retire the legendary Manny Pacquiao.

“I just don’t see anything that Manny Pacquiao can do in the ring,” Thurman said. 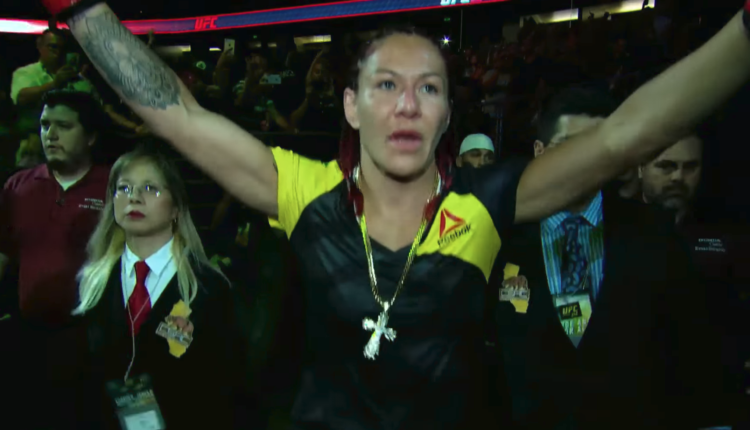 According to ESPN’s Brett Okamoto, Cris Cyborg’s return to the Octagon will be a big one, as she and Felicia Spencer will act as the co-headlining fight for UFC 240 on July 27th in Edmonton, Alberta, Canada.

Cyborg has not fought since her loss to Amanda Nunes at UFC 232, being knocked out in the first round of their UFC featherweight title fight.

Following her first loss in 14 years, Cyborg has been preparing for a return against Spencer who pulled off a shocking first round submission win over Megan Anderson at UFC Fight Night 152.

Prior to joining the UFC, Spencer was the featherweight champion for Invicta FC, winning six straight fights with three of them earning her performance bonuses.

Scott Coker has brought in another world class kickboxer to bolster the roster of Bellator MMA, as former GLORY featherweight champion Robin van Roosmalen has signed with the Viacom owned organization.

Pleased to announce @RobinVRoosmalen has signed with @BellatorMMA.

Get ready for the upcoming featherweight grand prix. 😉 pic.twitter.com/oLQn03NQao

In a move announced on Tuesday, the 29-year-old former featherweight and lightweight champion for GLORY signed a deal with Coker and Bellator MMA, potentially to compete in the upcoming 16-man featherweight grand prix.

van Roosmalen has fought twice under MMA rules in 2016 and 17, winning both time by stoppage, and has not competed for GLORY since a loss at GLORY 59 in September of 2018.