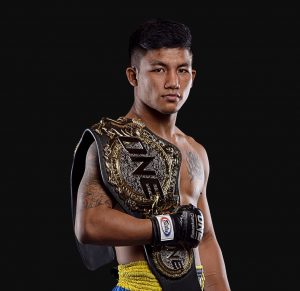 The confident but respectful fighter is feared due to his relentless attacks and iron chin. He is capable of knocking people out with all the weapons of Muay Thai: elbows, knees, fists and legs!

All pictures and graphics are courtesy of ONE Championship.

Superbon Out of ONE On Prime Video 2