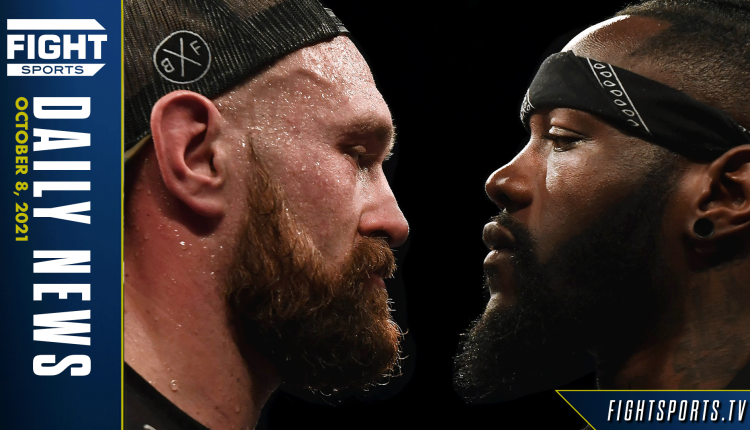 The Road To Fury-Wilder III: How We Got Through The Five-Year Heavyweight Rivalry

The world is just one day away from seeing the trilogy matchup between WBC heavyweight king Tyson Fury and former titleholder Deontay Wilder. The heated tension started in January 2016 after Wilder knocked out Artur Szpilka and Fury challenged Wilder to a fight. They wouldn’t meet until two years later where they brawled to a split draw. The rematch happened in February 2020 where Fury snatched Wilder’s WBC belt. Wilder is looking for revenge Saturday night. Today in the Fight Sports Daily News.