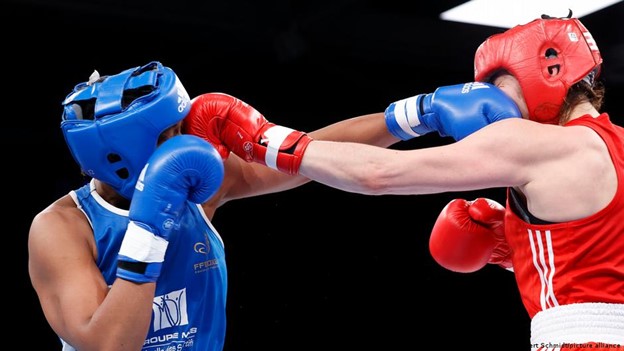 The pleasure of knocking out a competitor for a large prize and becoming famous is nothing short of amazing. Though they put in so much time and effort, talented boxers only get to fight two twelve-round bouts a year.

Boxing is a sport on its own and also a wonderful way to get in shape. While its primary goal is to inflict bodily injury on the opponent, this game is one that is loved by many. Other physical sports similar to boxing include Judo, Karate, and Taekwondo.

As for Boxing, who are those sportsmen making it big? An honorary mention must go to Manny Pacquiao, who returns in December for an exhibition match.

We have provided our list of top 5 boxing athletes below.

At the 2011 World Championships, Joshua won a silver medal in the super-heavyweight division for England. He also won a gold medal for Great Britain at the 2012 Summer Olympics. Anthony Joshua tabs Wladimir Klitschko as his toughest opponent to date.

Ever since then, AJ has risen to the status of one of the most celebrated heavyweights in boxing history. Joshua, a British-born pro boxer, has only lost to Oleksandr Usyk and Andy Ruiz Jr. in his entire journey as a skilled athlete. In spite of the losses AJ recorded, he has demonstrated that he is more than just a power puncher.

A versatile fighter who can adjust to any situation. The IBF, WBO, and IBO heavyweight titles were all back in his possession after he defeated Ruiz Jr. in December of 2019. A historic match that was available for punters at the best betting websites. Players enjoyed the excitement of competitive betting odds in the run-up to the match. Other benefits include welcome bonuses, dedicated guides for every mainstream sport, and secure payment methods.

As a champion, Tyson Fury’s career and life have taken unexpected turns like a mystery novel. But he has developed himself as being one of the best boxers. Despite defeating former world champion Wladimir Klitschko in 2015 to claim the title, he fell into a nearly three-year disorder fuelled by alcohol and drugs.

In 2018, he made a comeback against champion Deontay Wilder, but the fight ended in a draw. In February 2020, the Gypsy King managed to win the rematch via technical knockout in the seventh round, capping off one of the greatest matches in boxing history.

The fact remains that Fury has been knocked out a number of times despite his supremacy in the ring. To become one of the best heavyweights in the world, he has defeated Deontay Wilder, Steve Cunningham, and Neven Pajkic.

Boxer Terence Allan Crawford, born in 1987, represents the best of the best in the United States. He flaunts an unblemished professional career. Crawford is undefeated in 37 professional fights.

Despite Crawford’s dominance in the weight class, he has had to contend with a few challengers. He was so good in 2017 that Forbes made a report “Why Terence Crawford Is the Fighter of the Year” discussing his influence in drawing huge crowds and earning seven-figure sums.

Since 2018, he has retained the WBO welterweight title, which he has held in three different weight divisions.

A professional boxer like Mayweather has shown that fame and fortune can be gained through the ring. A boxing entrepreneur and retired fighter, he was born in 1977 in the United States.

He had a 50-0 record when he retired and was the only undefeated player in the league. “Money” has defeated some of the greatest fighters of this era, including Conor McGregor. Since his official debut, he has won fifteen major global championships across five weight divisions on his way to a perfect 50-0 record. He is always up for an exhibition fight though – if the money is right.

Oleksandr Usyk, a 35-year-old Ukrainian professional, is another member of the best boxing athletes. He’s been a professional for 8 years, 7 months, since he debuted in November of 2013. There have been no losses or draws in his career thus far.

The Three WMMA Bouts Lined Up For UFC 279