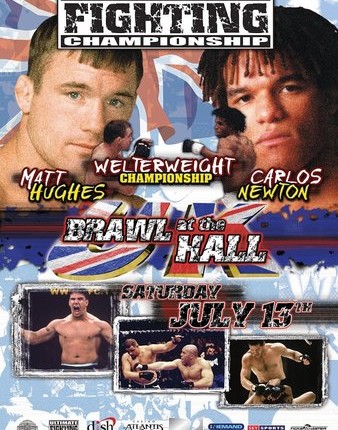 On July 13, 2002, the Ultimate Fighting Championship washed up on British shores for the first time in its existence. UFC 38: Brawl at the Hall. The main event featured Matt Hughes defending his welterweight title against the man he had defeated to win it, Carlos Newton. Hughes ground Newton down on the way to a fourth-round TKO, putting any lingering controversy from their first fight behind him.

Chris Eubank Jr Reacts To The Sudden Death Of His Brother