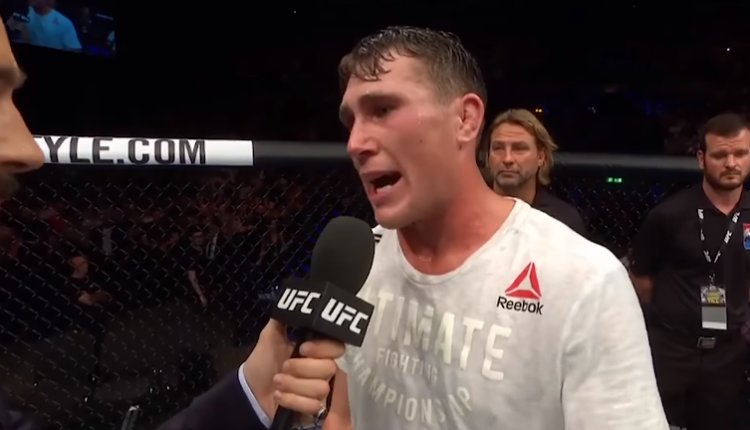 It’s safe to say Darren Till feels comfortable in his new home at middleweight, and he already feels determined to take on the top dog.

After a bad weight miss, suffering the first two losses of his career and several out-of-competition legal troubles in the span of about a year, Till returned to the Octagon at UFC 244, defeating Kelvin Gastelum in his 185-pound debut.

That win already put Till, a former welterweight title challenger, into the top portion of the UFC’s middleweight rankings. As of December 28, he sits at No. 5.

Till made his intentions for a title shot known in a unique way — he sent a direct message to middleweight champion Israel Adesanya on social media, wishing him a Merry Christmas and stating his Christmas wish is for a crack at the gold.

Adesanya seemed to take things in stride, having a bit of fun with the matter.

Darren Till slid into Israel Adesanya’s DMs on Christmas with a festive message 🤣 (via @stylebender) pic.twitter.com/h3jvqDuu9p

With Till at No. 5 in the ranks, it’s safe to assume he’ll need another win or two before scoring a title shot.

Adesanya claimed interim middleweight gold with a win over Gastelum at UFC 236 before knocking out Robert Whittaker at UFC 243 to unify the title.

Adesanya’s first title defense has not been determined, but the latest rumors have him defending against Yoel Romero in the main event of UFC 248 in March.

Fedor Not Committing to Retirement Tour