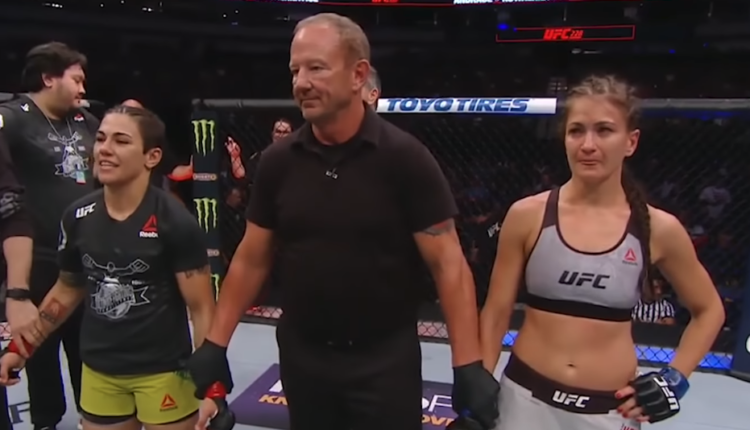 After a devastating knockout by Jessica Andrade, Karolina Kowalkiewicz headlined a list of 14 fighters to be issued extended medical suspensions following of UFC 228.

Kowalkiewicz was dropped by a one-punch knockout loss to Jessica Andrade in the co-main event of UFC 228. The Texas Commission has forced Kowalkiewicz to sit out two months before returning to active competition.

Four fighters would end up earning indefinite injury suspensions as Cody Stamann, Frank Camacho, Irene Aldana, and Roberto Sanchez are shelved until they are cleared to compete by a doctor.

Mike Perry Reveals Fan Paid $10K To Talk To Him

Mike Perry Reveals Fan Paid $10K To Talk To Him