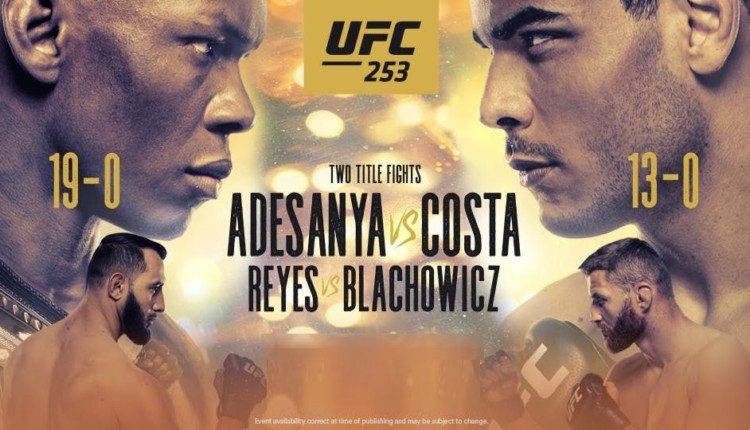 Tonight, September 26, UFC 253 will take place on Yas Island in Abu Dhabi. In the main event, UFC Middleweight Champion Israel Adesanya will put his gold on the line against Paulo Costa. The co-main event will also feature a championship bout. Dominick Reyes and Jan Blachowicz will collide for the vacant UFC Light-Heavyweight Championship.

The main card of UFC 253 also features Kai Kara-France vs. Brandon Royval. Sijara Eubanks vs. Ketlen Vieira and Hakeem Dawodu vs. Zubaira Tukhugov will also be showcased on the main card. Check out the weigh-ins here if you missed it.

Tim Tszyu Vs. Tony Harrison To Take Place On March 12th In Sydney