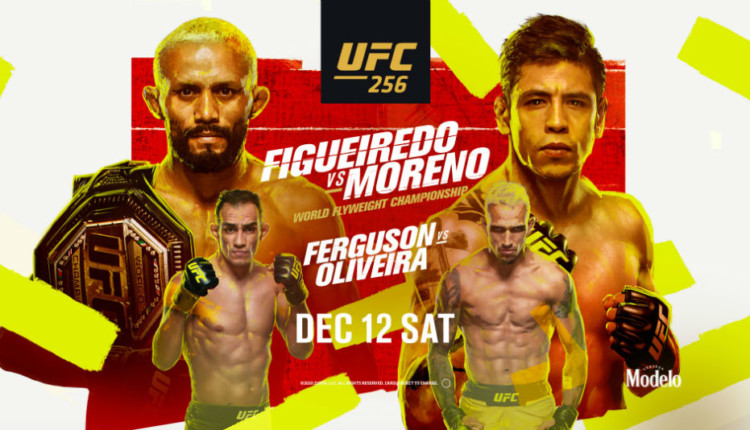 On December 12, the final UFC pay-per-view of 2020 will take place. UFC 256 is being held inside the UFC APEX in Las Vegas, Nevada. Deiveson Figueiredo will defend his UFC Flyweight Championship against Brandon Moreno in the main event.

The prelims will begin at 7:30 p.m. ET. It’ll air live on ESPN+. At 8 p.m. ET, the action will also be available on ESPN2. Those wanting to see the main card will have to order the pay-per-view exclusively on ESPN+ in the United States.

Keep refreshing this page for live updates as the event rolls along.

Will Tyson Fury, Dillian Whyte Ever Come To Terms For A Fight?

WBA Puts Murodjon Akhmadaliev Vs. Ronny Rios Back On Track

Tyson Fury Is ‘Sick Of’ Anthony Joshua And Dillian Whyte

Give Us Sixty Seconds and Fight Sports Will Update You On Today’s Top Boxing/MMA Stories!