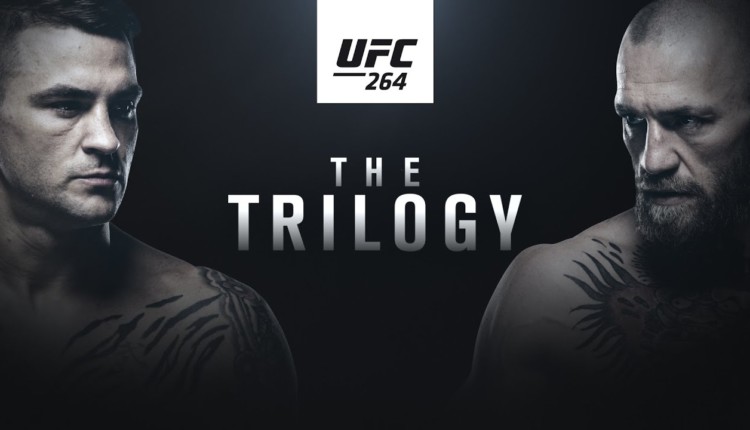 A fight seven years in the making will be taking place today, July 10 at UFC 264. Will it be redemption for a certain Irishman or will “The Diamond” silence his opponent for good?

Conor Mcgregor will face off against Dustin Poirier inside the T-Mobile Arena in Las Vegas, NV. A stacked card, this specific fight will most likely determine who will challenge Charles Oliveira for the UFC Lightweight Title.

At 32, McGregor has done it all. However, since returning in 2018, McGregor is 1-2 in the octagon. The former two-division champion lost to Khabib Nurmagomedov but rebounded in January 2020 against Donald Cerrone. McGregor then faced Poirier at UFC 257 and attempted to go 2-0 against him in their first fight together since 2014.

Heavy Poirier leg kicks and McGregor’s stick-to-boxing mindset ended up being his downfall, getting knocked out in the second round. With old-school trash-talking McGregor seemingly back, the “Notorious” one is looking for a measure of revenge.

Poirier joined the UFC in 2011, starting his MMA journey in 2009. On a three-fight win streak heading into the first McGregor fight, Poirier would lose via TKO. Poirier went 10-2 with one no-contest during the time between the first and second fight. He chose to face McGregor again after the second fight instead of competing for the then-vacant UFC Lightweight Title.

On a two-fight win streak, Poirier is looking to prove that McGregor does not bother him anymore.

FIGHT SPORTS will be providing live coverage of UFC 264.

Dustin Poirier def. Conor McGregor via TKO doctor stoppage (end of round one)

Who breaks the tie 😤 #UFC264 pic.twitter.com/PhTvlT6Igy

HEAVY ground and pound by the Diamond 👊#UFC264 pic.twitter.com/MlDAiNKKtW

Making it a ground game now 😤

With only 23 seconds left! ⏱@SugaSeanMMA gets the finish at #UFC264. pic.twitter.com/om5HzIqhG9

In case you missed the mid-fight backflip 👀🤯 #UFC264 pic.twitter.com/CrKZsoCQyl

How's that for a first win in the UFC 😱

These boys are SWINGING in the last seconds 👊