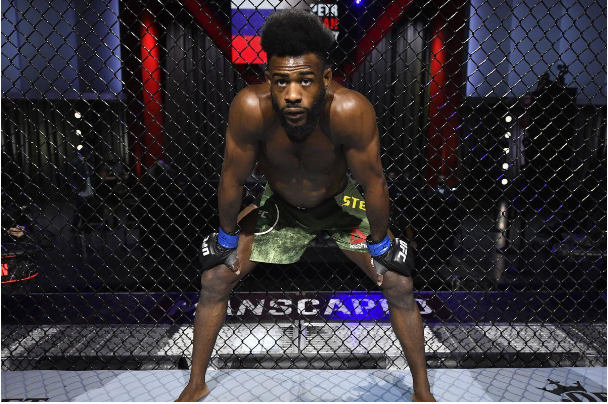 Despite taking a position as the most controversial UFC title win in the company’s history, Aljamain
Sterling is the official bantamweight champion, and there’s nothing your complaining or unsettled
opinion can do about it. However, those waiting on the expected demise of Sterling will be happy to
know his rematch with the interim champ Petr Yan is booked for April 9, 2022, live from the Barclays
Center in Brooklyn, New York.

UFC 273 will play host to a plethora of elite-level MMA matchups, including the UFC featherweight
title defense of Alexander Volkanovski, where he faces the “Korean Zombie” Chan Sung Jung due to
a withdrawal from Max Holloway. A slew of famous martial artists will enter New York in attempts to
wow the audience, but none of the bouts scheduled will compare to the interest generated from the
co-headline event of the evening.

Aljamain Sterling and Petr Yan will cross paths for a second time during their professional careers, as
the winner will exit the Barclays Center as the undisputed UFC bantamweight champion. These men
are guaranteed to steal the media interest and the attention of fans, but we must travel back to UFC
259 to understand the signification of this upcoming rematch.

The fight began with Sterling putting on a great pace; he pressured with sidekicks jabs and evaded
many of Yan’s counter strikes. Critics claiming that Yan dominated the fight are mistaken because
Sterling made an excellent account of himself until he eventually lost energy. However, we must
recognize that Yan has lost countless first rounds during his career, based on the calm and pacing
style he works with.

As the fight wore on, Sterling’s cardiovascular evidently became an issue. Yan’s various takedown
attempts and precisely placed strikes put him ahead on the scorecards. And then, while Sterling was
in a grounded position, Yan landed a crushing illegal knee, causing a doctor’s stoppage to the
contest.

At the time, fans and critics expected a disqualification, but nobody anticipated the title to change
hands. For the first time in UFC’s history, a fighter was awarded the championship via
disqualification.

Since the decision, Sterling has been blasted by the MMA community, with many believing he
oversold the illegal knee, knowing he was already losing the fight. To make matters worse, the initial
rematch was scheduled for UFC 267 until Sterling withdrew, causing further memes and online
torment towards Sterling. When speaking to MMA Fighting, the former champ was also displeased
with Sterling’s withdrawal.

“You all know that [Sterling] just ran away like a sneaky coward,” said Yan. “I am not going to sit and
wait for him. I am going to fight. Give me any fighter, top-five, top-seven, top-10. Anyone who
deserves to fight for the belt and I will get the job done.”

Yan’s wish was granted when UFC President Dana White booked an interim title fight between Cory
Sandhagen and the former Russian champ. But in true Petr Yan fashion, he allowed the crowd to
believe Sandhagen owned an edge early in the fight but evolved on the job and dominated in a
unanimous decision victory.

The dust has settled, injuries have been resolved, and Sterling isn’t running from anyone. The highly
anticipated rematched is booked for UFC 273. To the favor of the defending champion, he’ll have the
opportunity of a lifetime when a home crowd support will be in attendance. New York sports betting
apps will receive plenty of sports betting action in favor of their native fighter, as both casinos and
online formats of betting have recently become legalized in the state of New York.

Born and raised in Uniondale, New York, Sterling has never drifted from NY throughout his
decorated MMA tenure. Currently residing in Massapequa, he has spent his professional training
years at the Serra-Longo Fight Team gym in Long Island.

With all of that said, and regardless of the pressure Yan could face, it’s challenging to overlook the
said potential of the interim champ. However, I wouldn’t jump the gun; fading Sterling on home soil
isn’t a position I want to be in. My prediction for this fight is over 2 ½ rounds, and both men proved
their durability in the first contest – expect another war from start to finish!