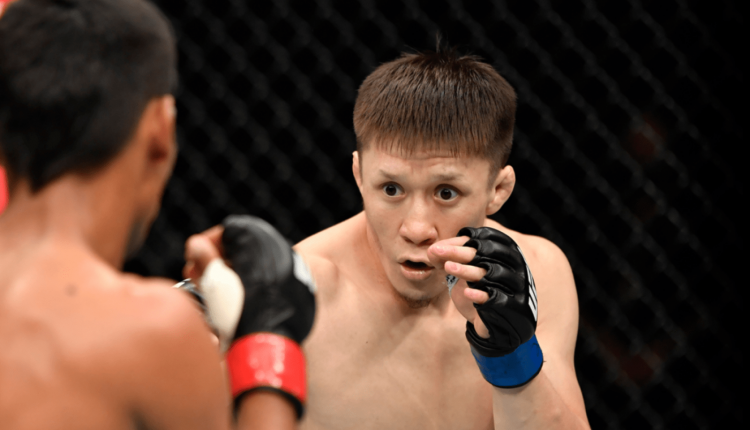 UFC Fighter Comes Out As Polygamist With Six Children

Zhalgas Zhumagulov, a Kazakh mixed martial artist who competes in UFC’s flyweight division, has opened up about having two concurrent wives with whom he has six children altogether.

Zhumagulov is a Muslim and Islam allows men to marry wed four women concurrently. In an interview with the “Let Me Interrupt You” YouTube channel, the 33-year-old clarified that it is normal for a Muslim to have more than one wife at a time.

“Yes, I have two wives—two wives and six children. In principle, it’s normal. At first there were challenges but now everything is fine,” Zhumagulov said. The fighter admitted that it was tough to live with two wives initially but he is now “used to it.”

He made his UFC debut back in January where he lost to Amir Albazi. He then defeated Jerome Rivera in July but went on to lose to Manel Kape as the undercard for the Jose Aldo vs Rob Font fight that took place last week.

He said he has to spend a few days with both wives in separate homes to keep both of his families happy. ”Well, where did I leave from? If I left, for example, from my second wife, I go to the first. If I left the first, I go to the second. A day here, a day there,” Zhumagulov said.

Francis Ngannou Taking Half Of UFC 270 Purse In Bitcoin

Ryan Garcia To Fight On April 2 In Las Vegas