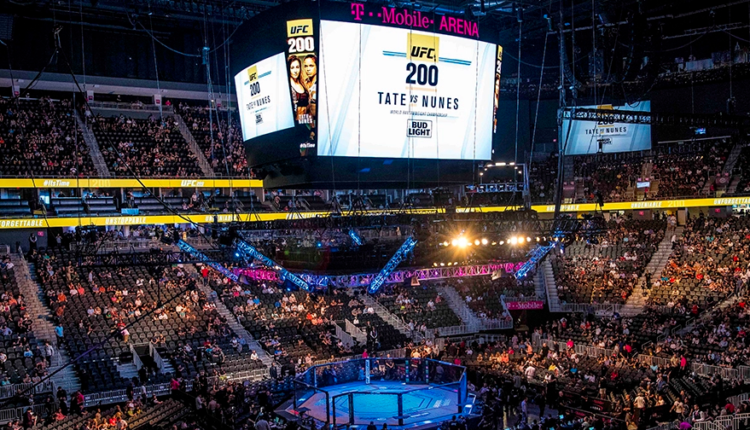 The UFC has announced that it will hold at least five events at the T-Mobile Arena in Las Vegas, Nevada, in 2018. At least four of the cards are scheduled to be pay-per-views.

The UFC is scheduled to hold its first Las Vegas event on March 3, when the arena hosts UFC 222. While a few bouts have been set for the March pay-per-view, no main event has been announced as of yet.

Four months later, the UFC will host back-to-back cards on July 6 and 7. The July 6 card will be the finale of the next season of The Ultimate Fighter, while the July 7 event is UFC 226. It is likely that this is part of the promotion’s annual “International Fight Week” event.

The UFC’s first event of the 2018 calendar year will be a Fight Night event held on Jan. 14, with Jeremy Stephens and Doo Ho Choi headlining. Six days later, the UFC will hold its first pay-per-view of 2018 — UFC 220. UFC 220, in Boston, Massachusetts, will be main evented by a UFC Heavyweight Title bout between Stipe Miocic and Francis Ngannou, and co-main evented by Daniel Cormier defending the UFC Light Heavyweight Championship against Volkan Oezdemir.

The first three months of 2018 will see the UFC hold nine fight cards — seven of which will be in the U.S., one in Brazil, and one in Australia.

Hearn Has No Issue With Neutral Refs