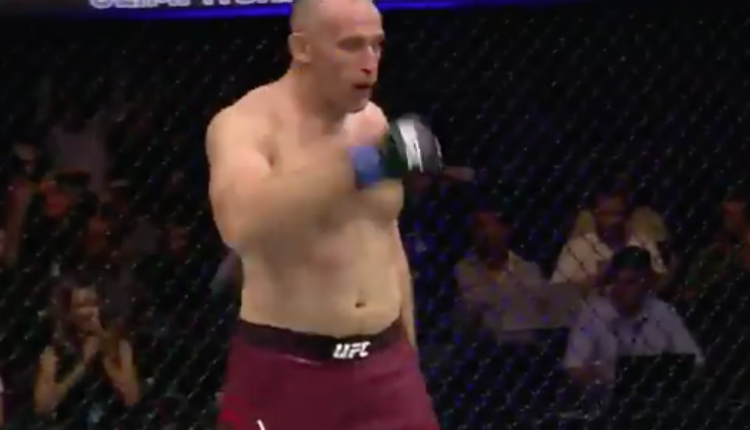 “The Boa Constrictor” Aleksei Oleinik added another submission win to his MMA resume, defeating Mark Hunt in the main event of UFC Moscow, the UFC’s first-ever event in Russia.

The two fired big shots early on. While there was some feeling out, Oleinik sought a combination of overhand punches. Meanwhile, Hunt landed an overhand shot about two minutes into the bout, but the Russian took it on the chin and remained standing.

With about two minutes to go, however, Oleinik stunned Hunt and countered the Samoan’s takedown attempt into one of his own. Oleinik managed to get Hunt’s back and lock in a rear-naked choke, getting the tap with less than a minute remaining in the opening round.

Saunders: GGG Must KO Canelo to Get Win