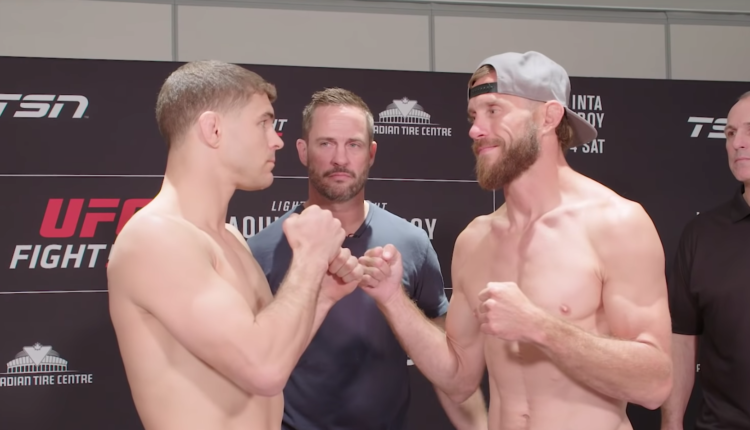 Two of the UFC’s best and most popular lightweights will collide in the main event of UFC Ottawa, with each man aiming to clinch a future title shot.

The lead showdown at the Canadian Tire Centre in Ottawa, Ontario, Canada, will see “Raging” Al Iaquinta, placed No. 4 in the UFC’s lightweight ranks, facing Donald “Cowboy” Cerrone, who is ranked No. 8.

Iaquinta has won nine of the 11 UFC fights he’s had since losing the TUF 15 tournament final to Michael Chiesa. He’s won six of his last seven, defeating the likes of Jorge Masvidal and Diego Sanchez, though he didn’t fight for a two-year period during the span due to contract issues with the UFC.

One year ago, Iaquinta took a lightweight title fight with Khabib Nurmagomedov at UFC 223 on just one day’s notice. He lost a one-sided decision, but earned praise for taking everything the current Dagestani champ could dish out and went the five-round distance. He last competed at UFC Milwaukee in December, defeating Kevin Lee in a highly-praised fight.

Cerrone returned to 155 at UFC Brooklyn in January, scoring a second-round win against Alexander Hernandez. After a failed title bid towards the end of 2015, Cerrone began a three-year stint at welterweight, starting 4-0 before dropping four of his next five. He rebounded with a win over Mike Perry at UFC Denver in November, which earned “Cowboy” the records of most wins and most finishes in UFC history.