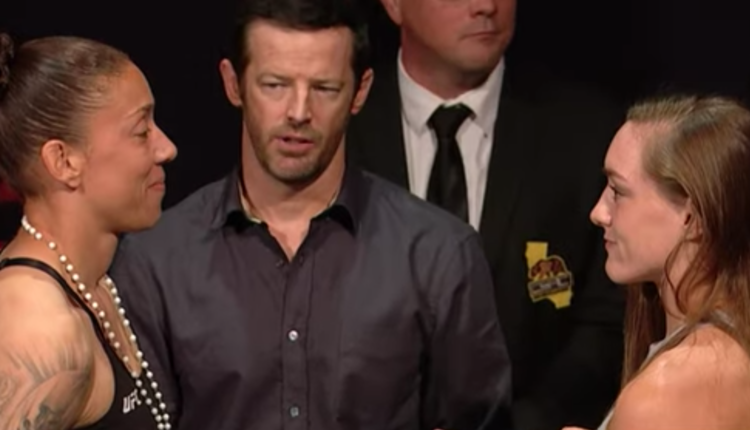 The next contender for the UFC Women’s Bantamweight Championship could be found at UFC Sacramento, which takes place on July 13 at the Golden 1 Center in Sacramento, California, and also features the return of a UFC legend.

De Randamie enters on a four-fight win streak, which includes a win over Holly Holm in the main event of UFC 208 to become the inaugural UFC women’s featherweight champion. She would be stripped of the 145-pound title, however, after refusing to face Cris Cyborg. De Randamie has had one fight since, defeating Raquel Pennington at UFC Denver in November.

After winning all five of her Invicta bouts to start her professional career, Ladd has gone 3-0 inside the Octagon thus far, scoring finishes over Lina Lansberg and Tonya Evinger before besting Sijara Eubanks in a unanimous decision at UFC Rochester two months ago.

The co-main event sees the return of UFC Hall of Famer Urijah Faber to active competition, as he takes on Ricky Simon, the No. 15 ranked bantamweight contender. Faber, the former WEC featherweight champion, went 10-6 in the Octagon and is arguably one of the greatest fighters to never claim a UFC championship, as he lost both pairs of title fights he had in the promotion with Dominick Cruz and Renan Barao. Faber retired following a win in Sacramento three years ago against Brad Pickett.

Simon has won 15 of his 16 professional bouts and is 3-0 in the UFC. He submitted Merab Dvalishvili at UFC Atlantic City last year before decision wins over Montel Jackson and Rani Yahya at UFC 227 and UFC 234, respectively.