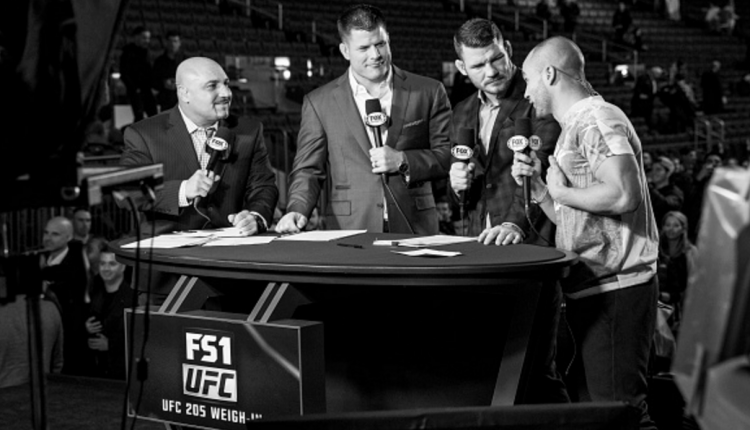 The UFC’s television broadcasting deal with FOX Sports expires in 2018, and the promotion has big plans for whatever deal replaces it. According to a report by the Sports Business Journal, the UFC’s new owners are seeking a serious increase that would push the broadcasting price tag to $450 million.

The FOX Sports deal was a seven-year contract for $115 million annually. When talent agency WME-IMG purchased the UFC for $4.2 billion over the summer, one of their focuses was negotiating a new TV rights deal that would earn them back a large chunk of their investment.

"Its magic number is $450 million a year, a potentially staggering increase from the $115 million annual average that FOX Sports now pays, according to several media and UFC sources," Sports Business Journal wrote.

"Although formal negotiations aren’t expected to start until next year, network executives have learned that the UFC plans to seek at least a 10-year deal under those terms, sources said."

At the end of 2017, there will be a period where FOX will have a process of exclusive negotiation with the UFC where they can attempt to renew their deal. With many expecting that the UFC will look to pursue other, or multiple, networks, the package they are offering four annual broadcast shows, six annual cable events, and the UFC’s streaming service Fight Pass. Pay-per-view events will not be a part of the package, however whichever network(s) wins the bid may have input as to what fights are on PPV.

According to Sports Business Journal, ESPN, Turner Sports and NBC Sports Group will be likely bidders if the UFC cannot come to an agreement with FOX Sports on a renewal.

The timing is interesting for the UFC, and a major reason as to why they may be successful in raising the price tag so drastically. All other major sports media rights deals are locked up for the foreseeable future: MLB, NHL, PGA Tour deals are locked up until 2021, NFL in 2022 and NBA in 2025.