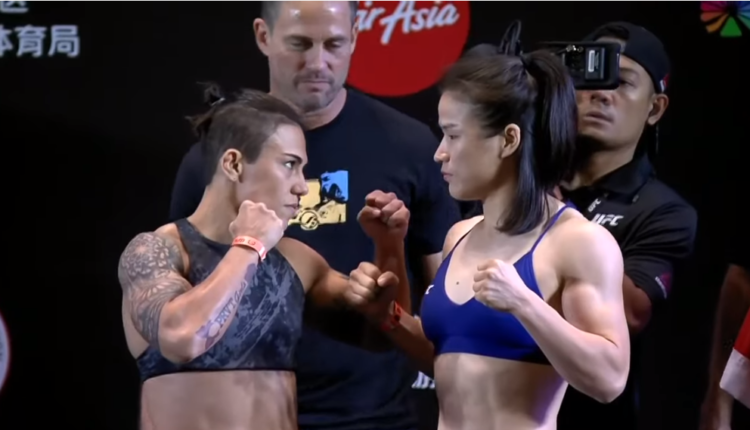 The Shenzhen Universade Sports Centre Arena in Shenzhen, China had a total attendance of 10,302 that came to UFC Shenzhen and was headlined by Weili Zhang beating Jessica Andrade for the UFC Strawweight Title. The co-headliner was Li Jingliang facing Elizeu Zaleski dos Santos.

The gate for the event was not announced.

Performance bonuses went to Weili Zhang and Li Jingliang. Jingliang knocked out dos Santos in an exciting affair that ended in the third round. Zaleski’s seven-fight win streak was ended as a result.

Alateng Heili v. Danaa Batgerel earned Fight of the Night honors. Following a back and forth fight, Alateng won via unanimous decision.

Arum Not Worried About Lomachenko-Campbell Judges