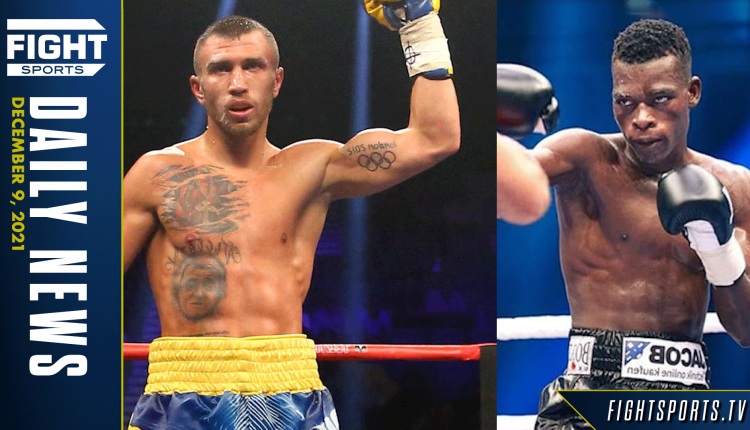 Ugas Agrees To Unwanted Opponent; If Lomachenko Wins He May Face… and Nothing Holding Jones Back

WBA welterweight champion Yordenis Ugas has been ordered to a mandatory fight, but it’s not against Errol Spence Jr. If Vasiliy Lomachenko defeats Richard Commey, he has two potential opponents. Despite legal troubles, former UFC champion Jon Jones said he’s coming back to the octagon, it’s only a matter of when. Today in the Fight Sports Daily news.

Behind The Tale Of The Tape: How Vasiliy Lomachenko, Richard Commey Are Seeking Redemption