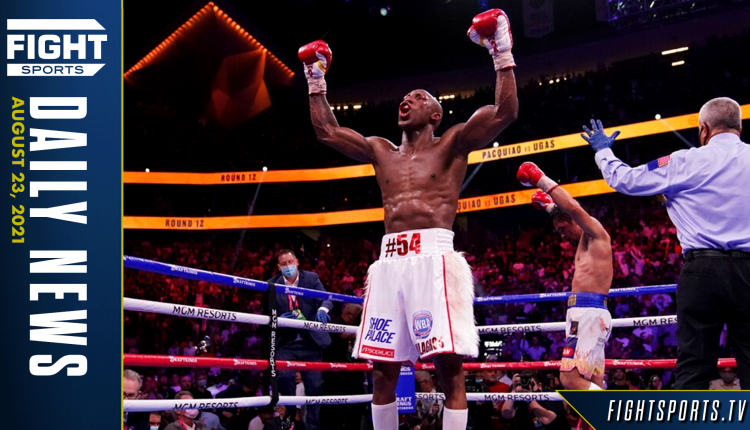 Yordenis Ugas shocked the world as he defeated Manny Pacquiao via unanimous decision in Saturday’s welterweight title fight. Robert Guerrero and Mark Magsayo shone in the undercard Saturday, earning a decision victory and knockout win, respectively. Unable to close a deal, the WBO ordered a purse bid between Terence Crawford and Shawn Porter to take place on September 2 in Puerto Rico. Today in the Fight Sports Daily News.

Dana White Opens Up About Bringing Gabe Steveson Into UFC