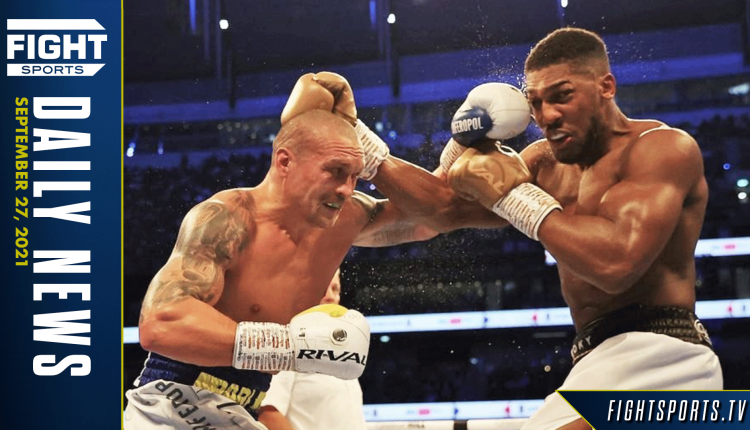 Oleksandr Usyk shocked the boxing world in an upset win over Anthony Joshua Saturday night, becoming the new IBF, WBO, and WBA Heavyweight World Champion. In an exhilarating showdown, Alexander Volkanovski retained his featherweight title over Brian Ortega at UFC 266. Jon Jones was arrested and charged with domestic battery in Las Vegas Friday morning. He has posted bail and a judge ruled the case can move forward. Today in the Fight Sports Daily News.

Whyte Out Of Wallin Bout; Chavez Jr., Lee Given Suspensions and Stevenson Won’t…

Ugas Upset With WBA; Liddell Not Charged With Domestic Violence and McGregor Breaks…