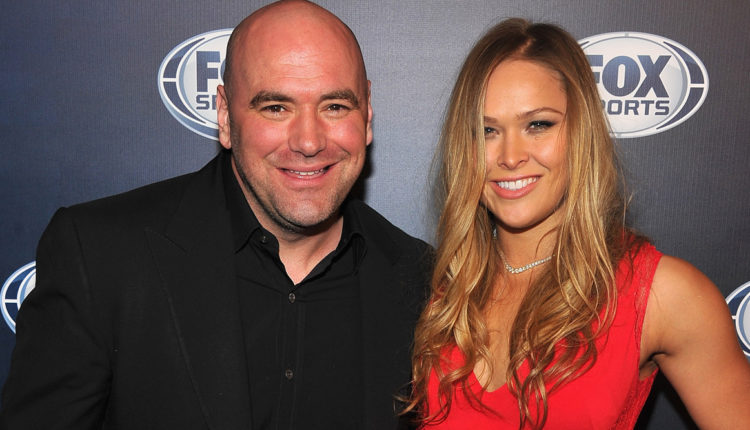 UFC President Dana White in an interview with ESPN believes that Ronda Rousey is done in the UFC. While she remains in the UFC’s Anti-Doping program, White believes it is only a matter of time.

The 30 year old Rousey has been the face of UFC’s Women’s division since its inception, and while she has delivered for the brand, she has not won since 2015 when Holly Holm defeated Rousey for her title. After an almost year away from the Octagon, Rousey would return and lose to Amanda Nunes in a first round knockout.

After those losses, especially to Nunes, many fans criticized Rousey for her reaction, White would go on to say…

“That’s not because she had to, that’s the way Ronda Rousey is built,” said White, on Rousey’s cold turkey exit. “Ronda Rousey is super competitive and doesn’t like to lose. I know she’s been criticized for that by a lot of people, but that’s just who she is and the way she is.

“And the way she is, is what made everybody get behind her. It’s what blew up the women’s divisions.”

While nothing is official, Rousey is slowly branching out of MMA, signing with ABC’s Battle of the Network Stars and her engagement to fellow fighter Travis Browne, White believes this is the end of Rousey’s Career.

Now she’s going to move on to the next chapter of her life, get married and have kids, do that thing. It’s not sad, it’s the way she wanted it.”