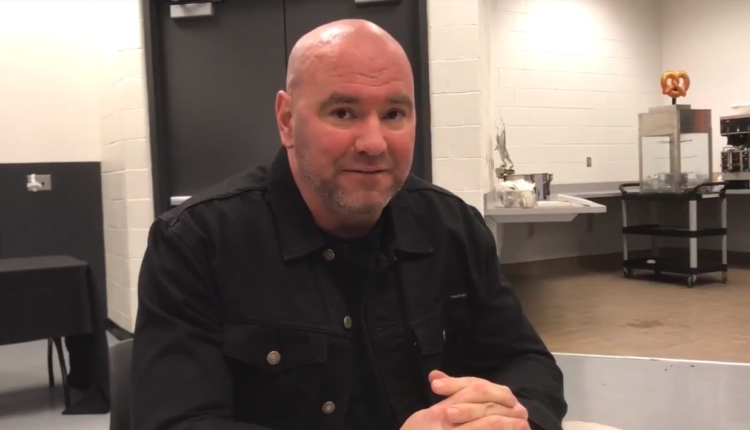 “We, as an organization, need to make sure this never happens again,” White told reporters shortly after the incident, which would be captured on video by multiple witnesses.

A spokesperson for the New York Police Department told MMAjunkie the police are aware of an incident that took place at Barclays Center and are looking into it. The spokesperson declined further comment.

The incident began when according to White, employees of McGregor’s lifestyle site “The Mac Life” let McGregor and a group of nearly 30 people into the Barclays Center. From there the group stormed the building and headed straight towards the building’s loading dock, where they would attempt to trash a bus that contained fighters, members of Khabib Nurmagomedov’s team, and UFC straweight champion Rose Namajunas.

A reporter from TheMacLife.com declined to comment on the incident when approached by MMAjunkie.

White confirmed UFC lightweight Michael Chiesa suffered multiple lacerations during the incident and was sent to the hospital. Chiesa was expected to fight Anthony Pettis on Saturday, though his status is in question.

Also injured was a UFC employee who suffered a broken knuckle during the melee.

“Obviously, everybody’s shaken up,” White said. “This is the most disgusting thing that has ever happened in the history of the company.”

“And the worst part is, the women that are on the bus, they’re fighters,” White said. “Rose is a fighter and Karolina (Kowalkiewicz) are fighters, but these goons are throwing bike racks and chairs through the window of the bus and didn’t care who they hit or who they hurt.”

White said Lobov, who not only was a part of the group that rampaged through the Barclays Center, but had a verbal and near physical confrontation with Nurmagomedov a few days prior, won’t be allowed to fight Alex Caceres.

Connor McGregor And Michael Chandler Announced As Coaches For ‘The Ultimate…