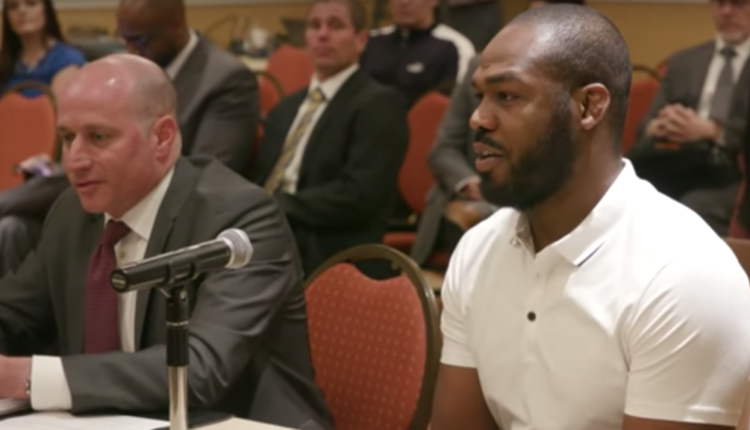 The last hurdle for Jon Jones’ return to the Octagon was cleared on Tuesday, as the California State Athletic Commission would grant him a temporary license to fight.

Jones, who had his license revoked following his failed UFC 214 drug test, appeared before the commission alongside CSAC executive director Andy Foster, who was pushing for Jones to be reinstated.

Foster, who advocated for Jones license to be revoked following UFC 214 in July of 2017, claimed he did it due to Jones potentially being suspended by the UFC’s anti-doping partner USADA, which he considered to be a “death sentence” for a mixed martial artist.

As part of Jones’ being granted a license, he paid $205,000 to the commission for the “considerable cost” of investigating and dealing with Jones’ case.

One member of the commission put forth a suggestion that Jones undergo VADA testing in a show of good faith, but only on the proviso that the CSAC pay for it. Jones and his attorney would agree in principle, but the measure would have to be approved by the state and not the commission.

Jones will return to competition on December 29th against Alexander Gustafsson in the main event of UFC 232 in Las Vegas, Nevada for the UFC light heavyweight title.

Wilder On Rogan: “Joshua Is Begging To Fight”

Golden Boy Applies For Canelo Return In May