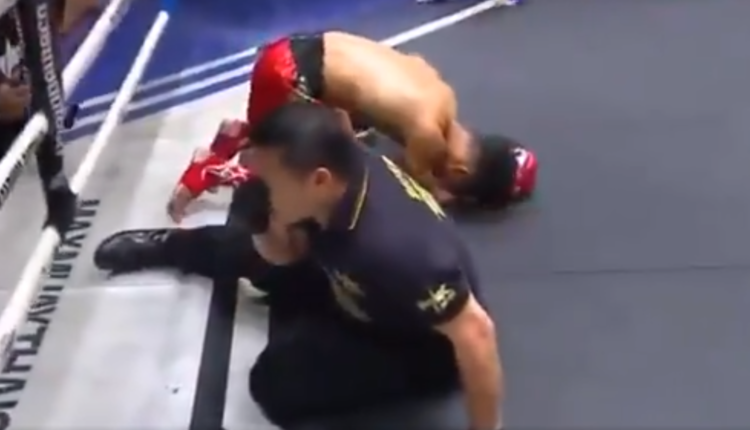 Crazy scenes unfolded at todays Max Muay Thai, as Gou Dakui knocks out both his opponent and referee at the same time. pic.twitter.com/jfrFeVsPo6

It was not a good night at the office for the official of Saturday’s Max Muay Tai card, as both he and one of the fighters would be sent to the canvas.

Chinese standout Gou Dakui was on the road to certain victory against Thailand’s Super x Sitsontidech and when trying to finish the fight, Gou would not only send Sitsontidech down with a hard combination but catch the referee in the nose with a head kick.

The second round would see both fighters show their aggression, but Gou would continue to land hard shots leading to a right hook that would drop Sitsontidech, but Gou looked to finish him off with a head kick that caught the official, sending the fight into brief chaos.

Following the confusion, a ringside official would wave off the fight seeing Sitsontidech slumped to his knees after the hook by Gou, claiming he could not continue.

Errol Spence: I Wanted Ray Leonard As My Advisor