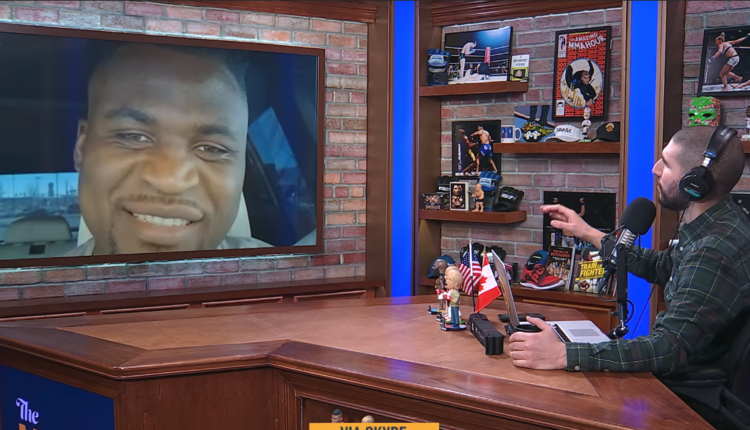 While Frances Ngannou has his fair share of suitors, after he made it known he’s coming back to the octagon sooner rather than later.

And while Mark Hunt and Derrick Lewis want to be the next to fight Ngannou, the Cameroon born MMA star only has one name in mind for his return to the octagon, and he happens to be in the main event of Wrestlemania.

While on the MMA Hour, Ngannou broke down his thought process on why Lesnar, and not Hunt or Lewis is at the top of his list.

“Derrick Lewis is No. 6 contender, it’s not really what I want, but if it’s the fight they are going to set up, I am going to fight it. I am still looking forward to work for the title shot. That’s my goal… but for myself I want Brock Lesnar,” he added with a smile. “I like the fight. He look very, very big and strong. I really want to try that.”

While Lesnar has not fought in the UFC since defeating Hunt at UFC 200, Ngannou is hoping the rumors of a return are true for the current WWE Universal champion.

“He’s the biggest box office attraction in the UFC,” claimed Heyman, while extolling the virtues of Lesnar. Heyman also warned that no matter what level of competition Lesnar is in, opponents must tread lightly.

“Please Brock, come back my friend. I need, we need you here to put some fun in the division. I need to give me the fight, this is what I have been waiting for and training for.”