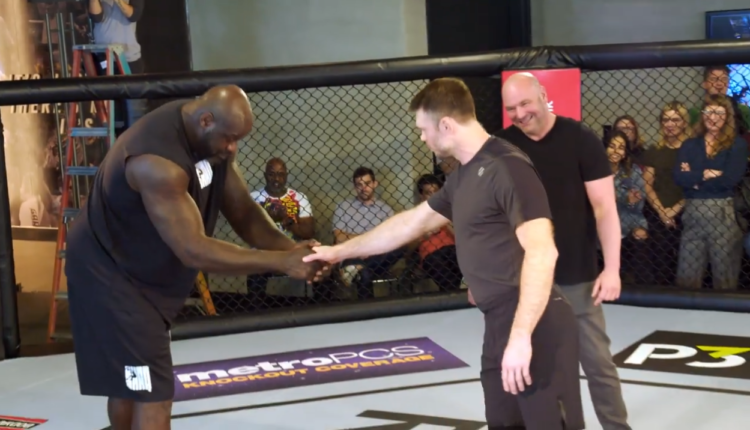 Former NBA Superstar, Rapper, Actor, Analyst, and soon to be restaurateur, Shaquille O’Neal has launched a new reality series on Facebook Watch, where he details the process of opening his new business in Las Vegas.

O’Neal, who has been a long time fan of the UFC and was even a playable character in a UFC video game, would go from fan to participant for the reality series, as he would go a full five minute grappling round against former UFC light heavyweight champion and current executive Forrest Griffin.

What do you think of Shaq’s ability inside the Octagon? Let us know on Twitter!

Adesanya Thinks Floyd Should Do MMA In RIZIN

Big Weekend For Boxing and MMA, Two Fighters Are Replaced And Mayweather Searches For…