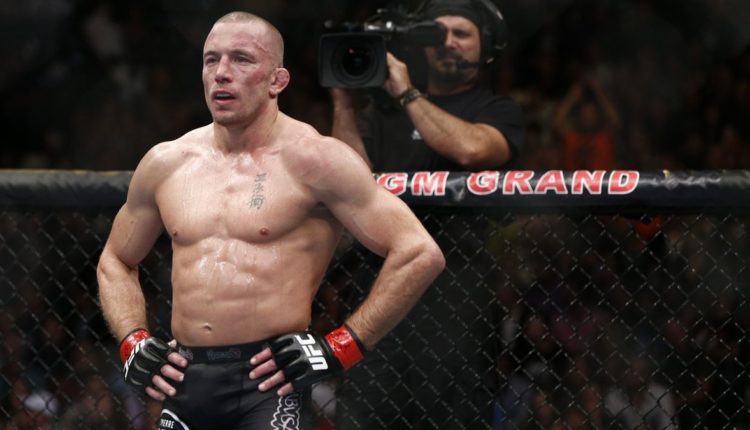 Inside the Mandalay Bay Events Center in Las Vegas, Nevada, St-Pierre (26-2) faced off against grappling specialist Karo Parisyan. What ended up taking place was a grappling clinic on behalf of St-Pierre.

GSP started hot right away, but so did Parisyan, a known arm holder. He almost locked the kimura in but St-Pierre managed to end up on top. He then stayed locked in with the close guard, utilizing a ground and pound game. The second round saw a takedown right away. Parisyan tried freeing his leg but St-Pierre wouldn’t budge. He then hit vicious elbows and rights to the face that cut Parisyan above his eye.

Round three was interesting. St-Pierre hit a few high kicks, a superman punch and then hit another takedown. Parisyan ended up locking in the kimura, but St-Pierre flipped over and fought out of it. He then continued to hit huge elbows and another takedown when the two were forced back up. In the end, St-Pierre would win via unanimous decision.

St-Pierre reminded the broadcast team of the great Gene LeBell. The Canadian would end up becoming one of the best welterweights in the world, and this was his first step towards greatness.

Reynoso On Martinez: ‘He’s A Star’