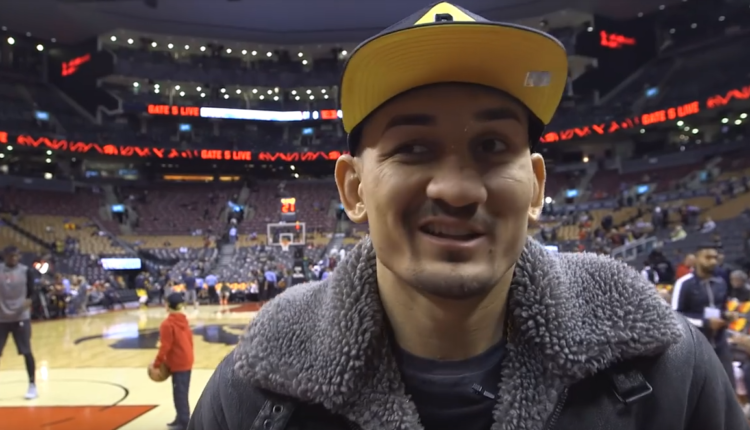 In the second edition of the UFC’s inside look at UFC 231: former strawweight champion Joanna Jedrzejczyk shops at a Florida farmers market, energized for her UFC flyweight debut. Featherweight champion Max Holloway embraces the weather with a day of snowboarding. Valentina Shevchenko and sister Antonina arrive in Canada for their second straight fight week – this one for Valentina’s flyweight title fight. Featherweight challenger Brian Ortega stays close to home, doing media in LA.