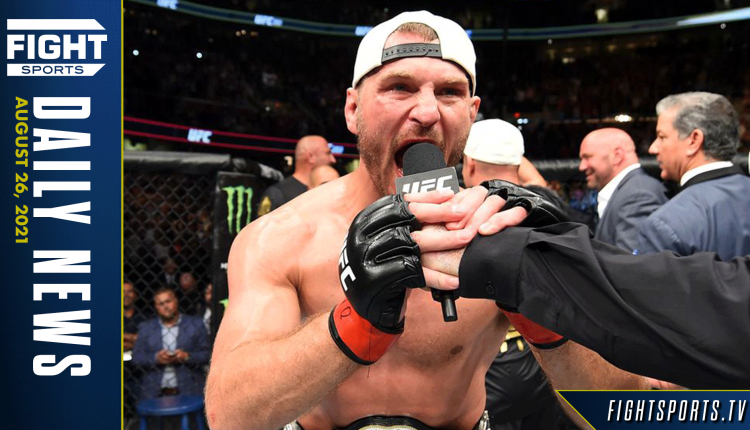 The WBA announced Wednesday that it’s eliminating all interim belts immediately, ordering unification fights between its champions. Former holders will be ordered into mandatory or eliminator matches. Stipe Miocic said he wanted the opportunity to fight for the interim heavyweight title, a title he previously lost to current champion Francis Ngannou. WBC middleweight champion Jermall Charlo was arrested and charged with multiple felony robbery warrants. He posted bond for all charges and was released. Today in the Fight Sports Daily News.