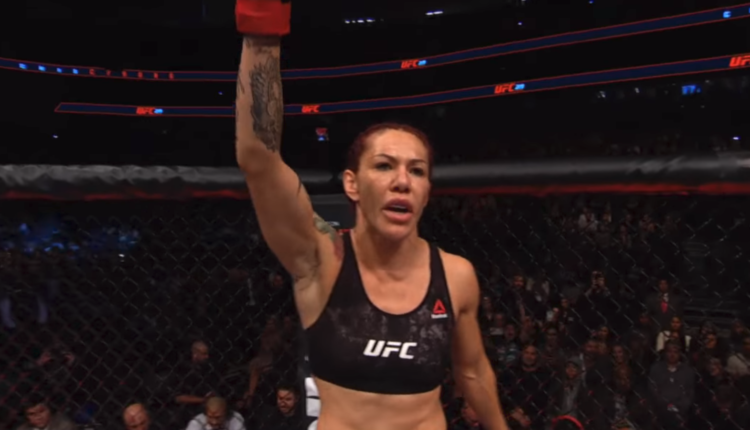 Cyborg, who joined the UFC a few years ago after fighting for Strikeforce and Invicta, among other MMA brands, dominated the organization’s featherweight division until December 2018, where she was knocked out by current featherweight and bantamweight champion, Amanda Nunes.

With the win and a very lucrative rematch with Nunes in-play, Cyborg and UFC President Dana White begin contract negotiations amidst a very public feud over a Nunes rematch.

“After watching her fight tonight and after her last fight, I don’t blame her for not wanting to fight Amanda Nunes. If that was Amanda Nunes in there tonight, you know . . .”

Cyborg and White have not always gotten along, especially with White making several remarks about Cyborg’s physical appearance and past PED issues, but that has quieted down since Cyborg made the jump to the Endeavor owned promotion in 2016.

“When you get to a certain age and a certain point of her career and you look like Cris tonight, if that was Amanda Nunes, it’s a whole different ballgame. I don’t blame her for that, I’m not criticizing her for that, but these are facts. And the fact is, I will make the fight if she wants to fight Amanda, and Amanda wants that fight.”

Cyborg in her post-fight press conference, called White a liar, who was bullying her during negotiations, and publicly wondered if she’d want to stay in the UFC, but wore a “Cyborg-Nunes 2 Coming January 2020” shirt on her way out of the presser.

“The baddest woman on the planet is the champion at 145 pounds,” White said.

Kownacki On Putting Brooklyn & Poland On His Back

A New Challenger Approaches For Jones